Vodafone Idea stock is just Rs 12 and the firm has big plans! Should you invest? 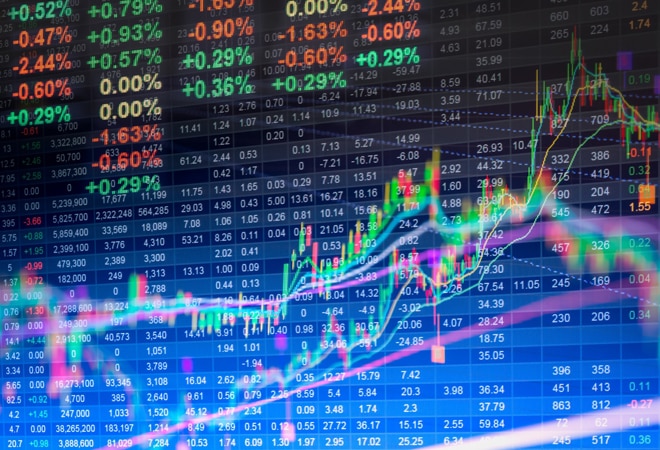 Vodafone India stock has made a smart comeback on Dalal Street. The telecom share has gained 61% in last four sessions. Vodafone India share price has seen a strong rally on fundraising plans and reports of the Indian firm rebranding itself. The telecom stock has been referred as among the top stocks to give potential returns to investors by many analysts, especially in the short term.

The debt-laden telecom carrier, with about 280 million subscribers as of June is rebranding itself. Announcing a major strategic move today, Vodafone Idea, unveiled a new brand identity which will now be called "Vi". Amid efforts to rediscover itself in the highly competitive telecom sector, the telco aims to draw a new set of subscribers while promising them assured quality under the new brand and stop further user erosion. For its survival, essential to avoid a duopoly in the Indian telecom sector, the telco may announce new tariff plans in the coming days.

The board of the third-largest telco in the country last week approved raising up to Rs 25,000 crore through a combination of equity and debt instruments to keep the company afloat, to meet its payment obligations towards Adjusted Gross Revenue (AGR) dues, and invest in its network operations. Proposals will be taken for approval at the company's AGM on September 30. The upcoming fundraising will offer a lifeline to the cash-strapped company, at a time where its parent Vodafone Group has disinclined to commit any additional funds.

With the SC verdict averting an immediate bankruptcy, the tariff raise comes as a long-term sustenance plan for the carrier. Ending a year-long tariff war, Vodafone Idea is finally back on a path to recovery, with plans to reclaim its lost customers and bolster finances.

Share Khan in its report said," Even though the apex court has asked telecom operators for 10% upfront payment by March 31, 2021, the relaxation in terms of staggered payments over next 10 years starting from February 7, 2022, provides some breather space to telecom players, especially to Vodafone Idea."

Vodafone's stock has seen more upward momentum despite many brokerages suggesting sell rating as the stock had fallen prior to the surge. The stock has been consecutively rising despite the volatility from continuous AGR hearings. As more investors focus on penny stocks, Vodafone has turned out to be an eye catcher, with prices trading near Rs 10.

Deutsche Bank Research in its report on Indian telecom companies said," We believe that at least a  Rs 700 bn recap is needed to reduce gearing to a manageable level, which is triple VIL's current market cap. After that, however, it would appear to offer value vs. its peers. We doubt that investors have such appetite, however, and that a partial recap is more likely."

"During its results call, management mentioned that its network was rated first or second in every circle now, so it expects customer perception to improve," it added.

Brokerages have already factored in raising tariffs by the telecom carrier and in a short term view, analysts expect more upside momentum is still left in this stock.

Fundamentally speaking, other telecom companies are ahead of VIL in terms of debt and its balance sheet as well as ARPU income. Although, the stock has risen more in comparison to other telecom stocks, due to its short term indicators.

Most technical indicators of the stock have been bullish, on a weekly as well as monthly basis. It also trades higher than its 5, 10, 50, 100 as well as 200-day moving averages.

The highly volatile stock of the debt-ridden telecom has gained 140% in one year. The stock has given returns of 40% growth in 1 month and 21% in the last week itself.

The stock also rates under 'high under weighted scrips' among telecommunications, with 100% underweight and -13 bps, as per Emkay Research data, that suggests hold rating for the stock.

This is despite the fact that most analysts earlier cautioned that the company's longer-term viability was under a cloud. Birla had also warned in December last year that the company was headed toward insolvency if there was no help from policymakers.

As per Geojit Financial Services, the stock has a cautious stance, but with improved operating margins. The report said,"Further cost optimisations, coupled with higher ARPUs backed by higher prices, and a probable equity infusion is required to support the company's survival in the coming months. We reiterate our HOLD rating with a revised TP of Rs. 9.3 based on 7.3x FY22E EV/EBITDA".

"Though the SC verdict offers a lifeline to the company, we are apprehensive of the company's ability to stick to payment deadlines without improvement in ARPU levels or further equity infusions by the promoters. We expect an increase in prices in the coming months thereby translating to higher ARPUs," it added.

Emkay Securities in a note said," In our view, even after a tariff hike, an equity infusion by promoters or a strategic investor, along with any potential surrender of the unused spectrum to reduce future liability, seems to be the only solution to ensure VIL's survival."

Motilal Oswal said in its note,"VIL, with payments from Vodafone PLC, Bharti Infratel, and existing OCF, could manage the current fiscal but would require a sizable price hike and capital infusion (board meeting on 4th Sep)."

On Vodafone Idea, Morgan Stanley said that ARPU levels are required in the near term to reach Free Cash Flow break-even. Morgan Stanley in its note added," With payment obligations getting onerous for VIL, it could trigger either larger tariff increases in the industry or heightened subscriber churn for VIL."