The Rs 819.24-crore issue of the state-owned RailTel Corporation of India is a complete offer for sale of 8,71,53,369 equity shares by the Government of India 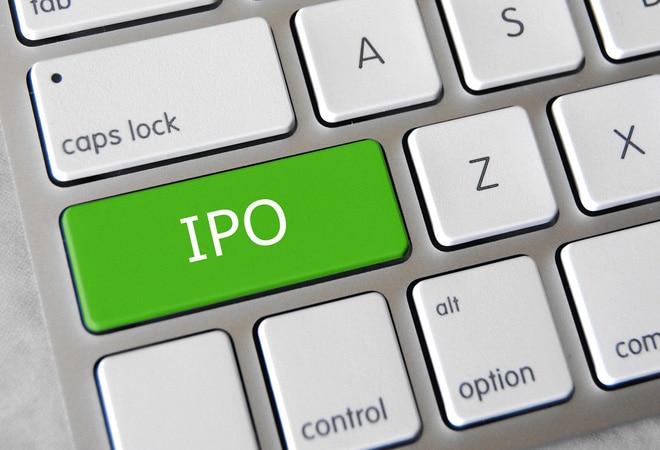 RailTel Corporation IPO-the seventh public offering of 2021-will be launched on February 16. The issue will close February 18. RailTel shares are proposed to be listed on BSE and NSE on February 26.

The Rs 819.24-crore issue of the state-owned RailTel Corporation of India is a complete offer for sale of 8,71,53,369 equity shares by the Government of India.

As per the company's DRHP, 50% of the issue is reserved for qualified institutional buyers, while 35% portion has been fixed for retail investors segment and the remaining 15% for non-institutional bidders.

Commenting on the IPO, Keshav Lahoti, Associate Equity Analyst, Angel Broking said, "RailTel is going to play a key role in the digital transformation of Indian Railways. Company's margins & return ratios are better compared to other telecom players in India. The company also has a strong financial position (debt-free) and has been consistently paying dividends since 2008. There are no listed peers for the Company. Company has priced its issue at 21.4x PE on an FY20 trailing basis, which is quite reasonable by looking at the strong future growth rates of the Company.  We expect a good listing for the Company. We are positive on the long term prospects of the industry as well the Company, we recommend "SUBSCRIBE" to the RailTel  IPO for long term as well as for listing gains."

Choice Broking said in its note today," At the higher price band of Rs. 94 per share, RailTel's share is valued at an FY20 P/E multiple of 15.8x (to its restated EPS of Rs. 5.9). Other railway infrastructure companies (IRCON, RITES and RVNL) are trading at an average P/E of 9.5x. However, considering the futuristic service & growth plans of the IR and RailTel's ability to monetize its existing assets through subscription plans and co-sharing with private operators, we feel that fundamentals are positive for the company. Thus we assign a SUBSCRIBE rating for the issue."

Reliance Research said in its note, "RailTel's financials are not that encouraging. While its revenue recorded 7% CAGR over FY18-FY20, its net profit clocked by a mere 3% CAGR during the same period. It has been maintaining strong margins profile with EBITDA margins remaining in the range of 28-30% and net margin at 12-14%. RAILTEL is a debt-free company despite being into capital intensive business, which offers an edge. Further, RoE at 10% in FY20 does not look to be impressive despite strong margins."

The brokerage further added, "The IPO is valued at 21.4x EPS and 8.9x EBITDA for FY20, which looks to be reasonable. However, given huge opportunity emanating from government's railway transformation agenda and programme to connect 6 lakh villages in 1,000 days in the vicinity of railway stations, RAILTEL is expected to sustain its growth trajectory. Further, there is no listed peer of the company. However, it enjoys a better return profile and balance sheet compared to other listed telecom players. The company has been paying a consistent dividend over the years and continues to remain profitable since FY07, which offers comfort. Hence, we recommend SUBSCRIBE to this issue."

Nirali Shah, Head of Equity Research, Samco Securities said,"RailTel is coming out with an IPO of Rs 819.24 Cr, an OFS by the Government of India to divest part of their stake. The company derives 66% of its revenues from the telecom segment while the remaining portion is from railways and other projects. RailTel, if performs efficiently can benefit from the 5G growth in India from a fiberisation needs' perspective. It could also play a key role in digital transformation of the railways. Besides, Covid-19 has had a minimal impact on the telecom industry and has infact triggered growth for certain players due to increased data usage and VPN services for people working from home. Since RailTel is a debt free company and pays consistent dividends it could witness some traction but for long term investors there are a few red flags. Firstly, the company has delivered single digit revenue and PAT CAGR of 7.5% and 2.5% respectively from FY18 to FY20. There is high dependence on government entities and concentration risk given that 23.8% of its revenues comes from top 3 customers. Its presence in a highly regulated industry is another cause of concern. Over all, the company is fairly priced at its FY20 P/E of 21.3 times. It has been commanding a good grey market premium indicating the offer will sail through but keeping the risks in mind, we recommend investors to subscribe for listing gains only."

Sensex breaches 52,000 level: What should equity investors do?