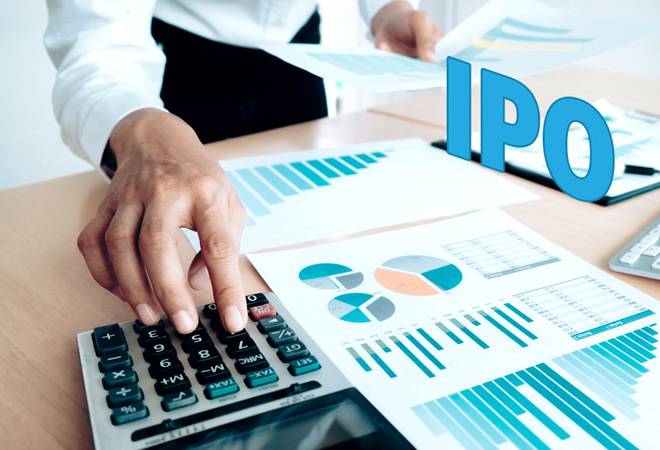 The Modi government in Budget 2020 has proposed to sell a part of its holding in LIC through initial public offering (IPO). LIC IPO is likely to be held in second half of next fiscal. The listing of insurer will make it one of India's biggest companies in terms of market capitalisation along with Reliance Industries, TCS and HDFC Bank. The government firm is expected to fetch a valuation of around Rs 8-10 lakh crore, say experts.

Fast-food major Burger King India plans to list on bourses this year.  With the IPO, private equity player Everstone Capital, which owns a majority stake is likely to make a partial exit from the quick service restaurant (QSR) chain. The issue will comprise a secondary share sale worth Rs 600 crore by Everstone Capital and fresh fundraising worth Rs 400 crore, which will be used to fuel the fast food chain's expansion plan.

Edelweiss, Kotak Mahindra Capital, JM Financial, and CLSA are the investment bankers managing the Burger King IPO.  Its rivals Jubilant FoodWorks-the operator of the Domino's chain in India-and Westlife Development, which runs McDonald's outlets in the southern and western regions, went public in 2010 and 2009, respectively.

India's oldest mutual fund UTI AMC will sell up to 8.25 per cent stake via initial public offer (IPO) route this year as it looks to divest the stake held by its five shareholders.

The public issue consists of an offer for sale by shareholders including State Bank of India, Bank of Baroda, LIC, Punjab National Bank and T Rowe Price. First three shareholders will sell 10,459,949 shares each, while the other two will offload 3,803,617 shares each. UTI AMC's four domestic shareholders LIC, State Bank of India (SBI), Punjab National Bank (PNB) and Bank of Baroda (BoB) own 18.5 per cent stake each and also have their own AMCs.

SBI Cards and Payments, the credit card unit of State Bank of India filed for an initial public offering (IPO)  with SEBI in November last year. The issue size is expected to be around Rs 8,500 crore and Rs 9,500 crore.  According to the draft red herring prospectus (DRHP), the offer will comprise fresh issue of equity shares aggregating Rs 500 crore and an offer-for-sale by promoter SBI (3.72 crore equity shares) and by investor CA Rover Holdings (9.32 crore equity shares). On November 11, SBI in a communication to bourses said the executive committee of its central board of directors accorded final approval for the divestment of up to 4 per cent of the bank's stake in SBI Cards through an IPO, by way of an offer for sale.

Home First Finance Company (HFFC) in November filed a draft red herring prospectus with SEBI for its proposed IPO through which it expects to raise Rs 1,500 crore. The IPO comprises a fresh issue of Rs 400 crore and Rs 1,100-crore offer for sale by promoters and investors. The Mumbai-based firm is expected to hold its IPO this year.  The offer for sale consists of Rs 498.4 crore worth of shares by True North Fund V LLP, Rs 332.2 crore worth of shares by Aether (Mauritius) (both are promoter selling shareholders), and Rs 176.4 crore shares by Bessemer India Capital Holdings II, Rs 56 crore shares by PS Jayakumar, Rs 35.9 crore shares by Manoj Viswanathan and Rs 1.1 crore shares by Bhaskar Chaudhry. Axis Capital, Credit Suisse, ICICI Securities and Kotak Mahindra have been appointed for the share sale. The firm is a mortgage financier in the affordable housing segment.

State-run Energy Efficiency Services Ltd (EESL) plans to enter the primary market to fund its energy efficiency programmes this year. The firm plans to use the funds from initial public offer (IPO) for leasing electric vehicles to companies and installing smart meters to measure power consumption.

Equitas Small Finance Bank in December filed draft red herring prospectus (DRHP) with the regulator SEBI for Rs 1,000 crore initial public offer. The IPO will comprise a fresh issue aggregating up to Rs 550 crore and an offer for sale of up to 80,000,000 equity shares by Equitas Holdings Limited (EHL), the promoter.

Online travel company EaseMyTrip filed draft papers with capital markets regulator Sebi in December last year to float a Rs 510-crore IPO. Company's founders Nishant Pitti and Rikant Pitti will each sell shares to the tune of Rs 255 crore through offer-for-sale mechanism. EaseMyTrip.com is operated by Easy Trip Planners Private Ltd. The company said the object of the public issue is to achieve the benefits of listing the equity shares on stock exchanges.

Country's largest bourse NSE is likely to come up with its IPO this year. Its listing plans have been stalled for almost three years due to probe by SEBI against the bourse and its top officials. NSE said an external panel had found potential instances of some traders having preferential access to its network through co-location facilities - where private servers are placed at exchanges to speed up algorithmic trading. In April 2019, Sebi passed an order against the NSE and the officials, barring the bourse from accessing the capital market for six months. The ban ended on October 31.

The IPO is likely to see existing shareholders offload 20-25 per cent stake to the public through the offer for sale (OFS) route.

Integrated Renewable Energy Development Agency ( IREDA), a 100% govt-owned entity, received final nod for an IPO from SEBI in October last year. The government is eyeing Rs 700 to Rs 750 crore  after selling its stake in IREDA.

In June, 2017, the Cabinet Committee on Economic Affairs had approved the listing of IREDA. Under the listing proposal, IREDA will issue fresh 13.90 crore shares, increasing the paid up share capital of the company from Rs 784 crore to Rs 923 crore. At present, the company has 78.46 crore equity shares. IREDA is registered as a non-banking financial company with RBI.