UTI AMC IPO in progress: All you need to know about the share sale

The objective of the offer is to achieve the benefits of listing the equity shares on the stock exchanges. Being an OFS, the net proceeds from the share sale of UTI AMC will go to existing shareholders SBI, LIC, BoB 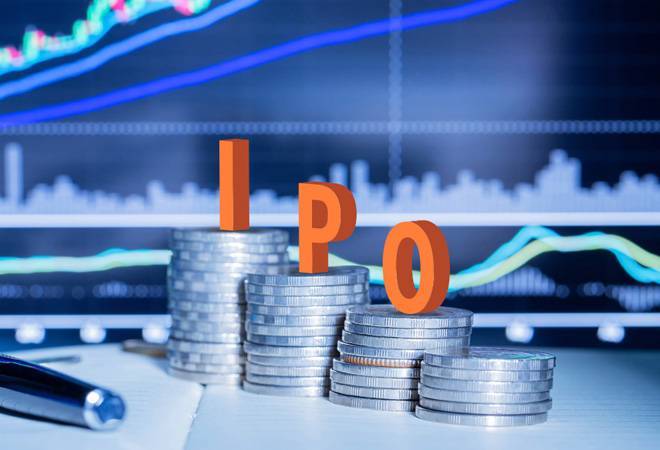 In a move to divest the stake held by its five shareholders, the initial public offering (IPO) of UTI Asset Management Company (AMC) has opened for subscription today and will end on October 1. The price band for the issue stood at Rs 552 - Rs 554 per share

Here are top things to know about the IPO:

-In order to reduce promoter's share from 100% to 69.2%, the public issue consists of an offer for sale by shareholders including State Bank of India, Bank of Baroda, LIC, Punjab National Bank and T Rowe Price. First three shareholders will sell 10,459,949 shares each, while the other two will offload 3,803,617 shares each to pare their stake in the AMC, as per regulatory requirements.

-SBI, LIC, BOB and PNB hold 18.24% each and also have their own AMCs, while T Rowe has a 26% stake in UTI AMC, according to the company's DHRP. Under Sebi's mutual fund regulations, a shareholder or a sponsor owning at least 10 per cent stake in an AMC is not allowed to have 10 per cent or more stake in another mutual fund house operating in the country.

-The OFS also includes a reservation of up to 2,00,000 equity shares (constituting up to 0.16 per cent of the post-offer paid-up equity share capital) for purchase by eligible employees.

-The objective of the offer is to achieve the benefits of listing the equity shares on the stock exchanges. Being an OFS, the net proceeds from the share sale of UTI AMC will go to existing shareholders SBI, LIC, BoB.

-Through the allotment to anchor investors, the AMC has already raised nearly Rs 644.64 crore through such as Nomura (Singapore), Goldman Sachs (Singapore), Morgan Stanley Asia (Singapore), ICICI Prudential Mutual Fund and HDFC Mutual Fund, among others.

-This will be the third AMC to get listed on the stock exchanges after Nippon Life India Asset Management and HDFC AMC. As of September 30, 2019, the company had the largest share of monthly average AUM. According to Crisil Research, UTI AMC had the second-highest market share by AUM of PMS services in India.

Here's what analysts say about the IPO:

Nirmal Bang Institutional Equities in its note said," Even though we are positive on the industry prospects from a long-term perspective, we take cognizance of some of the near-to-medium term headwinds. We think the IPO pricing is undemanding given the valuation HDFC AMC and Nippon AMC are currently commanding. We shall take a call on the stock rating at a later stage."

Geojit in its note rated Subscribe to the UTI AMC IPO and said," Company's national footprint with a presence in many metropolitan and rural areas, and particular strength in B30 cities, has allowed them to leverage the UTI name and establish UTI as a brand which is recognised across the country.

Jaikishan Parmar- Sr. Equity Research Analyst, Angel Broking said,"UTI AMC's operational profitability is lower vs. listed peers primarily owing to higher cost. With the growth in AUM, we expect the cost to grow at a slower speed, which will benefit operating leverage and will help the company to improve EBITDA margins. At the upper end of the IPO price band, it is offered at 25.4x its FY20 earnings and 5.25% of Q1FY21 QAAUM, demanding 7,024cr market cap, which we believe is reasonable. Further, listed peers like HDFC AMC trades at 35x FY20 earnings and Nippon AMC trades at 37x FY20 earnings. Additionally, HDFC and Nippon AMC trade at 12.56% and 8.55% of Q1FY21 QAAUM, respectively. Considering attractive valuation, huge growth potential of MF industry, asset-light business and higher dividend payout ratio, we are positive on this IPO and rate it as SUBSCRIBE."

LKP Securities in its note said," At higher price band (Rs554), the stock is valued at 25.7(x)FY20 Earnings. Comparing with peers like HDFC AMC and Nippon AMC which are trading at 35.2(x) and 35.0(x)FY20 Earnings respectively due to higher ROE. We still believe that UTI AMC is lucrative and we recommend to SUBSCRIBE."

Nirali Shah, Senior Research Analyst, Samco Securities said,"UTI has received a mandate to manage 55% of EPFO in 2019 which has significantly boosted its AUM. This AMC has delivered decent returns and profit margins in the past few years with a Mcap to Equity QAAUM of 18% compared to HDFC AMC's 29%. Additionally, this year itself it granted ESOPs at Rs. 728/share while its price band is at Rs. 552-554/share which means it leaves more money on the table for investors for listing gains."

Centrum Broking said,"We are optimistic about the AMC space as asset management, being a fee based business is slated to grow (QAAUM) at an 18% CAGR in the medium term led by overall economic growth, growing investor base and higher disposable income levels. Recent regulatory changes such as revised expense ratios would lower costs for mutual fund investors which should aid in greater retail participation. Valuation is attractive with P/E at 25.4x FY20 EPS."