In a move to celebrate this spirit of coming together as a community and overcoming tough challenges, traders invest their hard earned money during the start of Samvat trading on equities 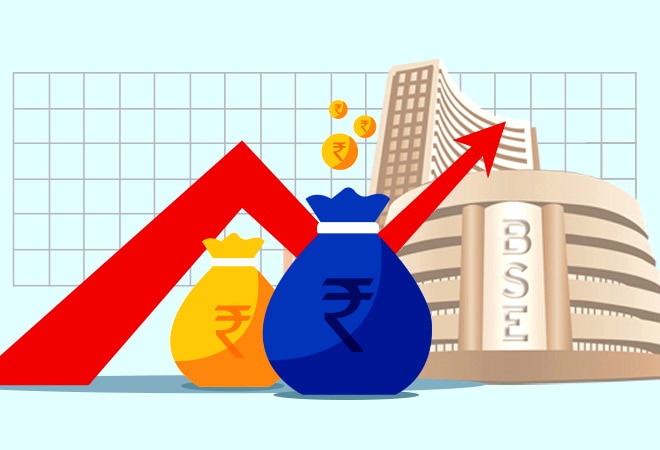 Benchmark indices have recovered from substantial fall this year due to the ongoing pandemic, with both Sensex and Nifty hitting new lifetime highs, a few days ahead of Diwali.

The festival of lights provides investors a golden opportutiny for building new portfolios.

In a move to celebrate this spirit of coming together as a community and overcoming tough challenges, traders invest their hard earned money during the start of Samvat trading on equities.

Investors open their new books in this festive session, as the word "Muhurat" means an auspicious time to start something. Many traders also purchase stocks on this occasion for the long run as they believe gains made during this session bring prosperity and wealth in the year ahead.

While Sensex has now firmly settled above 43,000 levels, Nifty achieved a new peak during the year helped by outperformance of FII inflows, positive economic data and improved quarterly earnings.

With conditions turning positive for investing your hardearned money in the market, here's a look at the top picks of brokerages for Samvat 2077.

The stock has formed a strong breakout continuation pattern and weekly charts suggest an uptrend wave likely to continue in the medium term, Kotak Securities said in its Diwali Picks report.

Kotak Securities said that the ICICI Bank stock price has fallen vertically during the period of lockdown and Covid -19 crises. It was at Rs 550 in February 2020 and fallen to Rs 268 levels by the end of March 2020. It is also under the pressure of sectoral weakness. However, the brokerage added the stock is into gradual pull back on the upside and we could expect Rs 480 in the near term from it. The brokerage suggested a buy 50% at current levels and balance at 375, while keeping a final stop loss at Rs 350. On the upside, the rally could extend up to  Rs 480, it added.

Kotak Securities suggested buying the Cipla stock 50% at current levels and balance at 770, keeping a final stop loss at 700 and added that the upside of the rally could extend up to 1075 levels.

The brokerage said that Cipla stock is forming a 'Cup with Handle' formation on monthly charts. Buy 50% at current levels and balance at 700 and suggested to keep a final stop loss at 650. On the upside it could move to 840 levels, it added.

Kotak Securities said in its note, "The entire cement space is buzzing heavily. Now we need to take a 'Top Down' approach. The stock is following the formation of the trending wave. It is moving upward with a frequent consolidation, which is bullish for the stock. Technically, after crossing the crucial level of 920, it would arrest only at 1075."

It is a fresh technical break out on long term charts. Currently it is into throwback mode to retest earlier major resistance. Buy 50% at current levels and balance at 3200. Keep a final stop loss at 3000. On the upside the rally could extend up to 4000 levels.

HDFC Securities has recommended buying Hindustan Petroleum Corporation Ltd. at CMP (187.15) and average at 171, for the upside targets of 210 and 223, keeping a stop-loss on closing at 166.

The brokerage added that the stock is currently trading near its long-term support zone of 180-160 and has taken support of the lower band of the Bollinger band on the Monthly chart and is moving higher. Bullish head and shoulder price pattern is formed on Daily charts and on 23rd October bullish engulfing is observed on the Weekly chart indicates high probability of trend reversal in the near term, the brokerage added.

It added that positive divergence on RSI and SMI indicates that the current downward trend is losing its momentum which gives an early indication for trader/investor to create the long position at low risk near the end of the downtrend.

HDFC Securities said that it recommended buying Axis Bank Ltd at CMP and average at 475, for the upside targets of 590 and 640, keeping a stop-loss on closing basis at 448.

The brokerage said that the stock price of Axis Bank Ltd has witnessed an excellent upside bounce in the subsequent month of Oct-20 after a sharp decline in the month of September 2020.

It added, "Currently, the stock price is making an attempt to move above the multi-month hurdle of Rs 520-530 levels. We observe a bullish sequence of higher tops and bottoms on the monthly time frame chart. The stock price has also moved above the hurdle of the monthly 10 period of EMA. The resistance of 20 EMA is now placed at Rs 550. The monthly 14 period RSI has sustained above 40-45 levels and is gradually moving up. As per its range movement of 30-60 levels, the monthly RSI is expected to move up to 60 levels (from the current reading of 47)."

The brokerage said that the stock price has broken out from the downward sloping trend line on the monthly charts and trades above all important moving averages which indicates a bullish trend on all time frames.

HDFC Securities added that the stock has been forming higher tops and higher bottoms on daily and weekly charts. Momentum Indicators and Oscillators have been showing strength on medium to long term charts, it added.

Ventura Brokerage said it has initiated coverage on Godrej with a BUY for a price target of Rs. 900 (48X FY23) representing potential appreciation of 30.8% over the next 24 months from the CMP of Rs 688.

The brokerage said in its note,"India being the flagship market has underperformed on growth expectations. With a view to kickstart growth, a number of initiatives are been undertaken: GCPL is doubling down on increasing the share of rural revenues from the current 30%. Deepening penetration in traditional trade and using extensive data analytics will enable the management to manage marketing spends and distribution more effectively. Foray into the world of D2C by selling through their own website and capitalizing on rich consumer data with three of their India brands -Cinthol, B-Blunt and Godrej aer. The company plans to extend this approach to other brands that might benefit from closer consumer connect. Ramping up e-commerce in India (75% Y-o-Y growth) We expect India revenues to grow at 9.6% CAGR to Rs 7,053 by FY23."

In the last few months, the stock has seen a consolidation phase and has underperformed the benchmark index. However, off late, it has witnessed good buying interest which can be seen from rising volumes, said Angel Broking in its note.

The brokerage added that L&T stock has now given a breakout from its consolidation phase and has started forming a 'Higher Top Higher Bottom' structure. The ADX oscillator on the daily chart indicates a positive trend and the rising ADX line indicates higher probability of continuation of this trend in the near term. Looking at the above price-volume action and the placement of momentum oscillators, the brokerages aid it expects the stock to outperform in the short term. Hence, traders are advised to buy the stock in the range of 1030-1050 for a potential target of 1150 in the near term. The stoploss for the trade should be placed below 995

Gold price gains 31% since last Dhanteras: How to trade in yellow metal going ahead