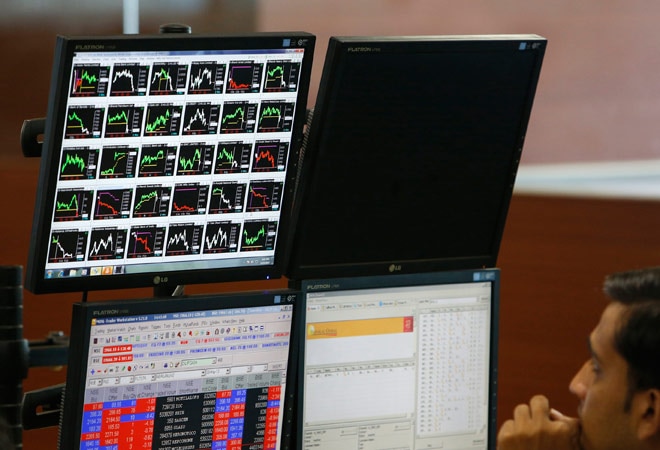 The NSE Nifty also dropped 165.10 points to 7,812.00 ahead of the September derivatives expiry on Thursday.

In the currency market, the rupee lost 15 paise to settle at 65.88 against the dollar after hitting a low of Rs 66 during intra-day on sustained demand from banks and importers on the back of higher dollar overseas.

Brokers added that sentiment took a turn for the worse after ADB lowered its growth projections for India for 2015-16 to 7.4 per cent, from the 7.8 per cent earlier, citing weak monsoon, poor external demand and inability of the government to push reforms.

European market, which is under pressure after the US Fed's decision to hold the rates, was lower with indexes in France, Germany and the UK tumbling by up to 3 per cent.

Offloading of bets by cautious investors ahead of the September derivatives expiry on Thursday, also weighed.

Selling pressure was broad-based, while metal stocks led by Vedanta, Hindalco and Tata Steel remained target of sellers and lost up to 6 per cent.

Sensex up 171 points at close after 2 days of falls