Even as just 8 per cent of India's asset managers are women, according to Morningstar research, the number of women investors is growing 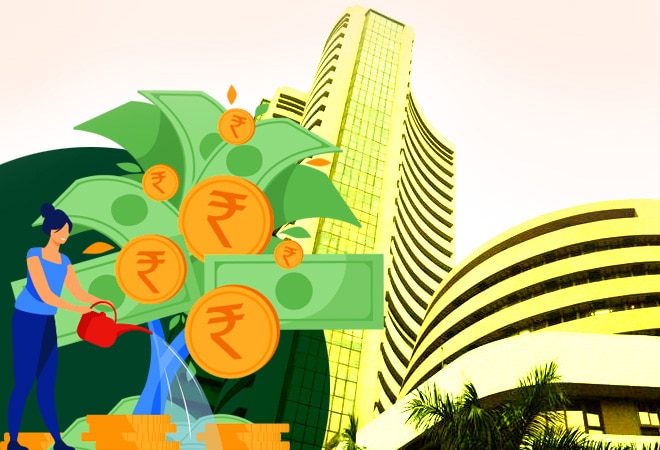 The change is coming, but women still prefer safety over high-risk-high-return bets

Who says women and finances don't go well together? Meet new-age women, who not only take charge of their money but are also doing it in the male-dominated fields. Take, for example, Dalal Street. Even as just 8 per cent of India's asset managers are women, according to Morningstar research, the number of women investors is growing. At 5paisa.com, a listed discount broking firm, the count of women investors has more than doubled. They are not just working professionals, but homemakers are also taking the reins.

Meet Mumbai-based retail investor Sheetal Shah. She left her job after marriage, but for the last three years has been earning good money from the stock market. "At any given point in time, my portfolio is up by about 50 per cent," says Shah.

What made her enter the stock market? "Nine to five job is not possible for me. The stock market gives me the freedom to manage both my time and money. Even though I track markets every single day, there are days when I am too busy or when I am just not in the mood. I easily take a break. I am not answerable to anyone. It empowers me," says Shah.

Delhi-based investor Sujata Dargan took to the stock market to keep herself busy and afford her expenses on her own. "I quit my job after my office moved to a suburban area and travel would kill 4-5 hours in a day. I didn't want to sit idle. Starting a business requires a good amount of seed money. I didn't have that. It was the time when the stock market was soaring. Even though I did not have financial knowledge, I decided to take a plunge. I started out as a small trader but made sure I would not play on margins. Whatever I invested, it was my money."

Initially, Dargan would sell stocks on just 5-8 per cent profits, but when she understood the short-term capital gains tax, security transaction tax, and brokerage fee, she focussed on long-term investing. She played with risky bets too.

"When I started trading, I had bouts of good days and bad days. I was lucky I made money in YES Bank and Vodafone Idea. But as much as I got to know the market, I stopped chasing falling knives and started making a portfolio of blue-chip companies."

Now Dargan has a portfolio of 15-odd stocks which she tracks daily and inspires other women in the family and even her husband to put money in the stock market.

What the data says

"Most of the investors are working professionals followed by housewives. Good quality mobile apps, access to the internet, and increased awareness about equity as an asset class have helped increase the participation of women investors in the last year. Of course, working from home has accelerated the participation," says Prakarsh Gagdani, CEO, 5paisa.com.

Another brokerage Fyers has witnessed a 40 per cent increase in women traders on its platform compared to the pre-COVID period.

Also Read: Why is the stock market rising amid economic slowdown? A portfolio manager decodes

The change is coming, but women still prefer safety over high-risk-high-return bets. "Women are more inclined to invest than trade. The duration of their trades tends to be slightly higher, and they have wider stop losses. In terms of expectations, they expect high profits in a very short period of time without too many entry/exits. But this could also be because most of them are first-time investors," says Tejas Khoday, Co-founder and CEO, FYERS.

Mrin Agarwal, founder, Finsafe India, says among her clients, women still prefer traditional investments like FDs, insurance policies, and gold over equities. "I am seeing younger women willing to invest into stocks, but they are buying based on tips from friends and colleagues. Women should spend some time educating themselves about money management," she says.

What should a newbie do?

Take advice from those who are like you and are already doing it. "Women must understand that the stock market is no rocket science, but it does demand time. Reading into fundamentals is important. I am still learning fundamentals and technicals," says Shah.

Chartered Accountant and CFA aspirant Khushboo Dadia suggests keeping eyes open and picking stocks that one sees around oneself. "Just look around and see which items you use in your household. Google and check which company owns that brand. If a lot of others are also using it, then why will the company not grow unless it is backed by bad management?" says Dadia.

"For example, we keep on visiting Pantaloons. It is owned by Aditya Birla Fashion and Retail. Westside is owned by Trent. Good Day and ParleG biscuits keep coming home, Savlon soap too. There are a lot of examples. Start with the FMCG sector. You will correlate better and find interest," she adds.

Dadia tripled her money in Trent between February 2019 and now.

What to do when you make losses?

"You won't like it definitely. You may feel like giving up. But it's part of the process. As you learn to drive a car, it's obvious you'll bang it once you are on the road, but you don't stop driving. Similarly, you must let go of losses and learn more to evolve as a seasoned investor," Shah says.

As you start out, one thing that you must avoid is relying on tips by people around you or those flashing on business channels. "Listen to them, but act according to your will," says Shah.