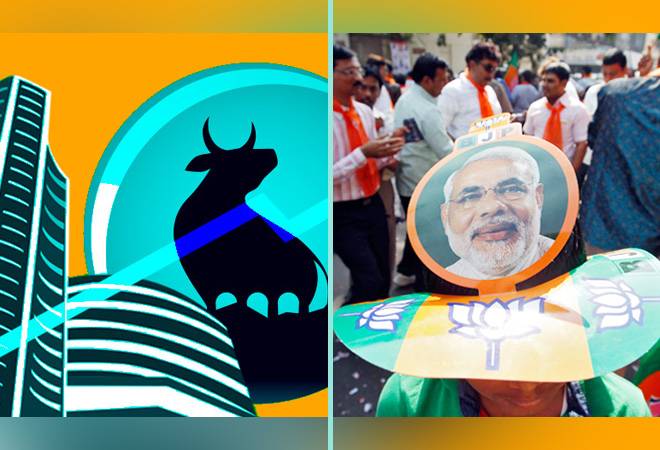 A day when Sensex crossed 40,000 level for first time ever and Nifty breached 12,000 marking an all time high, Morgan Stanley has given investors more reasons to cheer.  According to the international brokerage, Sensex is all set to reach 45,000 level, a 10% upside from the current level. Nifty too is seen hitting 13,500 by June 2020.

The brokerage is overweight on domestic cyclicals, both consumer and industrials, as well as financials, and underweight defensive sectors including healthcare and technology. Morgan Stanley expects the RBI to be more accommodative and the economy to come out of its soft patch of the past few months.

"The ongoing trends suggest that there will be continuity in administration. This means the equity markets can predict policy. India's policy certainty index relative to the world which was threatening to roll over could now make fresh peaks," it said.

But "we think the new administration may bring some changes such as increasing cash transfers to poor people (hopefully subsuming existing subsidies), more emphasis on portfolio flows (which lost out in the previous five years), focus on India's external trade (export share in global exports has stagnated)," it said.

Sensex and Nifty hit their all-time highs in early trade today as PM Narendra Modi-led NDA looked set to return to power during counting of votes for Lok Sabha election 2019.

Deepak Jasani, head of retail research at HDFC securities said, "The outcome of Lok Sabha elections has driven the markets up, though later an expected profit taking has set in. While now speculation will be rife about the Cabinet formation and policy pronouncements in terms of thrust areas, the outlook of FPIs in terms of flows into India will be important to watch and track. Some FPIs who were waiting for the final results to come in may jump in, however bigger flows will have to wait for lower levels or path breaking announcements.

Investors will now have one less uncertainty to work upon and may be relieved not to deal with newer or different policy thrust. The results have raised hopes of the issues being faced by the economy being tackled in a firm and prudent way. Global issues may bother a bit less in the near term though their shadows can linger on. Earnings growth challenge will continue in the near term till monsoon spread and intensity is assured and liquidity situation eases. Cyclicals could be back in favour being the recipient of public spend benefits. Cement, PSU stocks including banks, capital goods, realty could remain in favour, others like consumption could wait for better cues from monsoon and rural income revival."

Now, markets will move over elections and focus on other issues.

Romesh Tiwari, Head of Research at CapitalAim said, "As expected and predicted by exit polls, the BJP is going to form the government again. Markets already had rallied on Monday and today after the trends started confirming BJP's win Sensex and Nifty hit their new highs.

But now the market will have to catch up with ground realities of the economy and global factors. Global markets are showing weakness due to US-China trade worries and so our market may settle down or even turn negative in the short term."

However, Amit Gupta, Co-Founder and CEO of TradingBells expects the market to log more gains.

"Indian domestic markets surged to record highs this morning as Nifty crossed 12,000 and Sensex crossed 40,000 for the first time ever on the back of early indications that NDA might secure a majority in the Lok Sabha Election results today. The markets have retracted a bit since then as we saw some profit booking at higher levels and Nifty is currently trading at 11,840. The question has now moved from whether NDA secures a majority, to whether BJP secures a majority by itself on a standalone basis. If that happens, we can see further upward movements by end of day today and also tomorrow. Once we get clarity of the next Cabinet, we can see Nifty crossing even 12,200 over the next couple of sessions. "