Sensex, Nifty mega rally fuelled by a handful of stocks as mid caps, small caps yet to join the party

Of 5,037 points gain on Sensex since September 20, these 12 stocks have added 4,437 points, translating into 88.10% contribution to the mega market rally on the key index 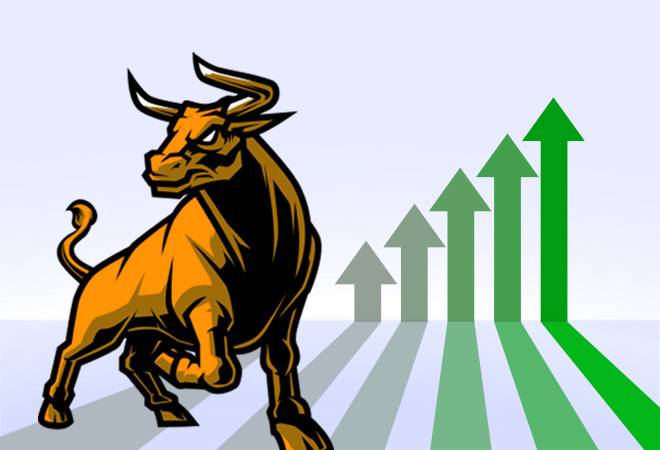 The current market rally has left market watchers and economists astounded. While the economy is on a downslide, Sensex and Nifty have been hitting all-time highs almost on a daily basis since mid-September. Sensex hit a fresh all-time high of 41,163 today rising 143 points compared to the previous close of 41,020. Nifty too clocked a record high of 12,157, gaining 57 points against the previous close of 12,100. The market rally started after FM Nirmala Sitharaman announced reduction in corporate tax rate to 22% per cent from 30% on September 20 this year. 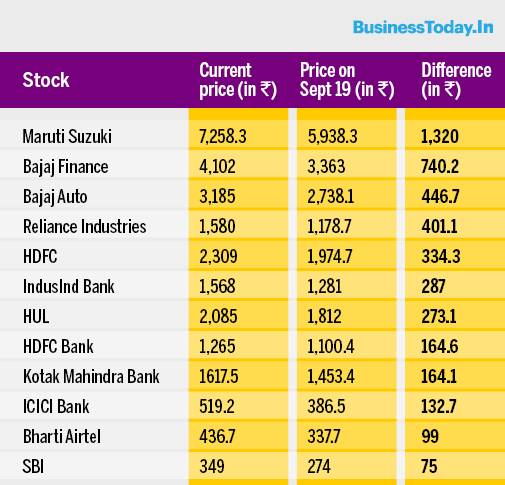 Of 30 Sensex components, 12 stocks alone have contributed to over 88% of the gains during the period. Shares of HDFC, HDFC Bank, Reliance Industries, Kotak Mahindra Bank, IndusInd bank, ICICI Bank, Maruti Suzuki, SBI, Bharti Airtel , HUL, Bajaj Finance and  Bajaj Auto have fuelled the rally in benchmark indices. Of 5,037 points gain on Sensex since September 20, these 12 stocks have added 4,437 points, translating into 88.10% contribution to the mega market rally on the key index.

So what explains such huge rally in Sensex?

With the economy reeling under a slowdown in last one year, investors have been looking to park their money in safe havens. Sensex and Nifty stocks which represent companies with healthy balance sheets and strong business models have become ideal destinations for their funds.

Another factor for the shining performance of a majority of large-caps stocks can be understood from the reduction in the number of players in sectors such as aviation, media, non-banking finance and telecom. As a result, the surviving players have received huge rewards from the market for their robust business models and steady growth rates.

Amid the ongoing NBFC crisis, Bajaj Finance has appeared unscathed. The leading NBFC firm logged a 63.11 per cent year-on-year (YoY) rise in net profit at Rs 1,506.29 crore for the quarter ended September 2019 compared to net profit of Rs 923.47 crore in the corresponding quarter last year. Total revenue from operations rose 47.95 per cent YoY to Rs 6,322.55 crore during the quarter under review. Subsequently, its stock has risen 70.13% during the last one year.

Similarly, with other players facing tough time in the telecom sector, Bharti Airtel stock has gained 51.26% during the last one year. Its one-year gain surpasses 49.83% rise seen by the stock in last three years.

However, when we dig deeper, we find that the rally is not broad-based.

Mid cap and small cap indices are yet to join the party. From 12,703 on September 20, the BSE small cap index has gained 794 points to 13,497. In comparison, Sensex has risen over 5,000 points indicating huge investor interest in large cap stocks. The gains in the BSE mid cap index are also small when compared with rally in Sensex. The index managed to rise 1,775 points to 15,060 from the September 20 level of 13,285.

Of late, mid cap and small cap stocks have seen a mild recovery from their two-year losses. While BSE small cap index  has gained 6.70% in last three months, BSE mid cap  index has risen 10.60% during the period.

With Union Budget 2020 just two months away, the market might eye fresh highs from the current levels. The true growth potential of the stock market can be realised only when mid caps and small caps complete their recovery cycle and contribute to the rally in the broader market.