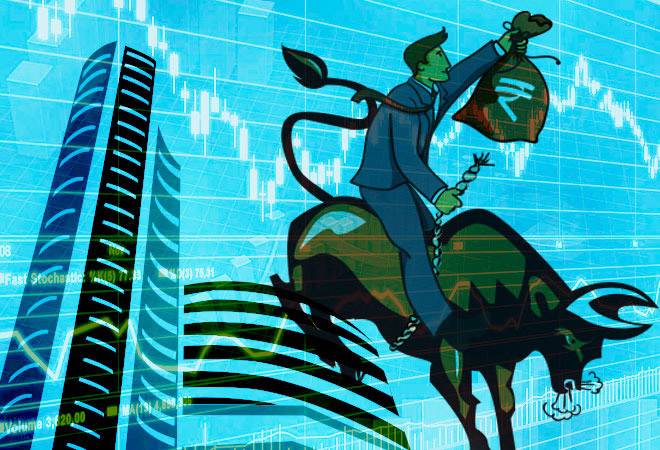 The Sensex and Nifty closed lower falling off their record highs as investors and traders booked profit cashing in on the market rally. The Sensex hit a fresh all-time high of 33,956 intra day in early trade breaching the earlier record level of 33,465. While Sensex fell 59 points to 33,777, Nifty was down 19 points to 10,444.  Here are the key highlights, which affected the market today.

1:45 pm: The revenue department recovered only around 9% of service tax arrears in 2016-2017 even as the number of cases detected increased from the previous fiscal, the Comptroller and Auditor General (CAG) of India said.

1:15 pm: The farm debt waivers announced by the five large states together will widen the combined fiscal deficit of the states by Rs 1.07 lakh crore or 0.65% of GDP this financial year, warns India Ratings in a report.

12:50 pm: The advance tax paid by top 100 Mumbai-based companies increased by just 4% in the December quarter to Rs 34,600 crore against Rs 33,400 crore logged in the same period last year, largely due to lower contribution by the pharma, banking and petroleum sectors.

9: 39 am: The World Bank has raised its forecast for China's economic growth in 2017 to 6.8% from 6.7% it projected in October, as personal consumption and foreign trade supported growth. But kept its forecast for China's 2018 and 2019 GDP growth unchanged at 6.4% and 6.3%, respectively, due to less accommodative monetary policy and the government's effort to rein in credit and control leverage.

9: 30 am: Asian shares fell on Wednesday, taking their cues from Wall Street with investor enthusiasm toward US tax changes ebbing as the long-awaited reform bill wound its way through Congress, while higher US Treasury yields underpinned the dollar. Japan's Nikkei stock index also edged down 0.2 percent. The Dow Jones Industrial Average shed 0.15 percent, the S&P 500 lost 0.32 percent, and the Nasdaq Composite  dropped 0.44 percent on Tuesday.

The dollar edged up 112.99 yen, while the euro got a lift from higher eurozone rates, gaining 0.5 percent on Tuesday. The European currency was steady at $1.1839.