Business Today MindRush, an annual event to celebrate the best talents and achivements of corporate India, could not have gotten on to a better start than Sinha's resounding pronouncement of Acche Din Aane Wale Hain (better days are soon coming). 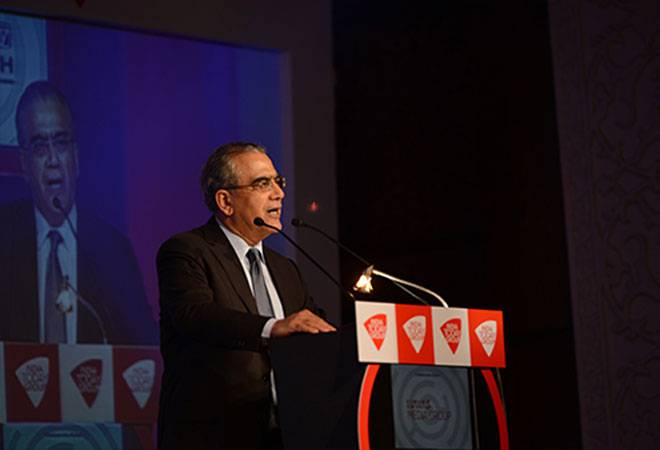 The major areas that the government is focusing on are agriculture, start-ups, bankruptcy laws and ease of doing business, says Jayant Sinha, the Minister of State for Finance.

He was speaking at the third edition of Business Today MindRush. Sinha said the government is likely to make a big announcement on strat-ups in January 2016. Dismissing the perception that despite all the big promises by Prime Minister Narendra Modi, there has been no substantial work done on the ground, Sinha pointed out that exemplary work has been done by the government in developing infrastructure, overhauling the financial sector and taxation.

Business Today MindRush, an annual event to celebrate the best talents and achivements of corporate India, could not have gotten on to a better start than Sinha's resounding pronouncement of Acche Din Aane Wale Hain (better days are soon coming).

Prosenjit Datta, Editor, Business Today, who began the proceedings by highlighting the challenging business environment, said that technology and start-ups are redefining businesses.

Stressing on the fact that the domestic economic environment have not improved as quickly as many had hoped for, he said that though the government has taken steps to kickstart the economy, there are concerns on many fronts.

Addressing the gathering, Aroon Purie, Editor-in-Chief, India Today Group, said though the National Democratic Alliance government has got clear majority and despite the great 'desires' it has not been able to carry out the reforms the way it should have.

The event started with a debate on 'How Family Businesses ought to be Handling Professionals', where the panelists - K.B.S. Anand, MD & CEO, Asian Paints; Sunil Duggal, CEO, Dabur India and Jayadev Galla, Vice Chairman & MD, Amara Raja Group - concluded that for family-owned businesses, professionals need to be made partners in creating wealth for the organisation. The promoters need to think and behave like entrepreneurs.

Speaking on 4G and How It Will Disrupt Business and Life, Himanshu Kapania, MD, Idea Cellular, said that mobile broadband will witness a lot of action with the introduction of 4G services. Over the next few years, 4G will become the central point of discussions around telecom and communications.

One of the main attractions of the event was the handing over of the awards to the winners of Business Today's Best CEOs. The winners included Siddhartha Lal, CEO, Eicher, Arundhati Bhattacharya of State Bank of India, and Vineet Nayyar of Tech Mahindra.

The first day of the event culminated with the insightful views of Arundhati Bhattacharya, Chairman of SBI. "A CEO should be a visionary, have the ability to take decisions and have effective communication skills to put their organisations on the growth path in times of difficulty," she said.