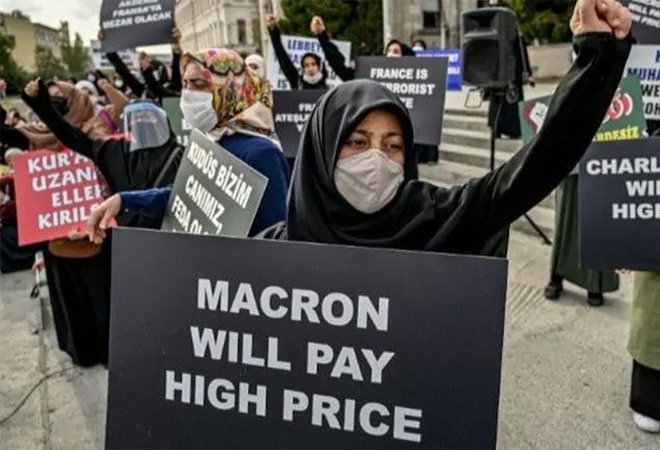 If one is to assume that populist calls will not have any impact on buyer behavior of the creme la creme of the Middle East, France need not do anything

What will be the impact of some countries calling for the ban of products of other countries due to political developments? Turkish President Recep Tayyip Erdogan recently called on the Turks to avoid buying French-made goods.

Marketing guru Prof. Sydney J. Levy has developed a seven-stage country brand evolution model that he presented at the International Conference on Marketing and Development (in January 1991).

In that talk he explained that all countries go through an evolutionary process. At the lowest level are countries that are traditionally peasant economies; they lead a hand to mouth existence and may be surviving with some help from the global community.

The third stage is where a country is known for cheap labour and shoddy goods; countries like Japan and Korea went through this stage in 1960s.

At the fourth stage, a country is known as an exporter of native brand labels of questionable quality; China went through this stage in 1990s.

The sixth stage is where a country is known as a producer of good quality products of good price value; Japan and Korea entered this stage in 1990s.

The final stage is where a country becomes a source of distinction, imagination and creativity. Today countries like Japan, Switzerland, Germany, and France belong in this elite group.

The mention of country of origin, of France, Germany or Japan commands a premium. In the case of France, it has managed to find a special place in the luxury products market. Be it wine, handbags, perfumes or designer-wear, France is seen as the epitome of style and beauty.

You could argue that the global outsourcing model [Apple iPhones made in China; Zara apparel made in Vietnam] has upended some of the stages defined by Prof. Levy, but you cannot argue that there exists an evolutionary cycle in a country's brand development.

Now, who consumes the premium products that sport the 'Made in France' label? Obviously, only the top 1% of world population can afford to buy these products. If you do a deeper dive, a significant number of them come from the Middle East and China. Will they heed the call of the Turkish President not to buy French products? Or will they not let such things affect their sartorial style?

If one is to assume that populist calls will not have any impact on buyer behavior of the creme la creme of the Middle East, France need not do anything.

However, if there is going to be an impact on 'Brand France', it is important that France makes some amends. Let's also add that it is not just the export of French perfumes that will be hit, but the boycott call could also affect the arrivals of the affluent Middle East tourists to Paris and the South of France.

While facing rejection, the first instinct is to reject the rejection. I feel that it is time that France applied my Face-Process-Learn-Reboot model.

The French have their reboot machinery to ensure that the #BoycottFrance will not leave a permanent black mark on 'Brand France' which has reached the pinnacle, the seventh stage of the country-of-origin ladder thanks to a meticulous process of design, aesthetics, and style. It will be a pity if the brand ends up having a permanent scar.

* The French paradox is a catchphrase first used in the late 1980s, that summarises the apparently paradoxical epidemiological observation that French people have a relatively low incidence of coronary heart disease (CHD), while having a diet relatively rich in saturated fats.

(The author is an Independent Brand Strategist and Founder Brand-Building.com)

US election impact on Indian healthcare sector: Trump or Biden - India-US ties will be the winner