Precarious workers: Not companies but employees are biggest casualties of gross corporate frauds in India

Instead of being given a chance to explain or be heard, these employees, however low in the hierarchy, have to spend an extraordinary amount of time and energy to prove their intent for an honest salaried living 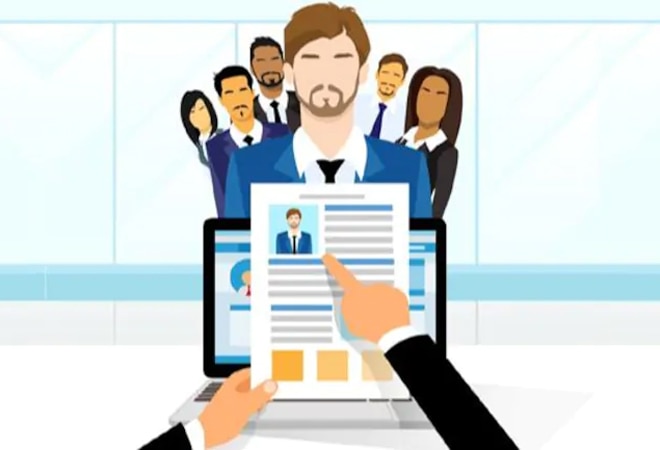 In any business collapse or corporate failure due to ethical issues, many assume that professionals were involved in the scam too

In any case of alleged manipulation, theft, or fraud in any company in Corporate India, the biggest and silent sufferers are the employees. For no fault of theirs, but for working in the company in news, and for having reporting lines to those accused of impropriety, the professional and social stigma starts.

The families of those employees bear the brunt of the crisis and don't even have a vent as the world, including their apartment block folks, doubt, or avoid them. The external stakeholders like investors, debtors, vendors, etc. also bear a huge loss of their financial investment; but the regulations address their grievances, but employees don't have any recourse.

The greed, lust for power, and/or social standing is intoxicant. For some, it grows so out of control, that even the system or the society does not catch up to the mischief until it's too late. The fallacy that with power, wealth, and "network", you are untouchable from the arms of the law or justice is an absurdity. In the same breath, one should be clear that delayed justice is justice denied.

In any business collapse or corporate failure due to ethical issues, many assume that the professionals were involved in the scam too. But the fact is that promoters make all the decisions that matter, boards notwithstanding, and for employees, it also comes as a shock to hear about the scam that's been perpetrated on the company they slogged for and bet their financial egg-nest on.

The philosophy of natural justice is forgotten and employees are seen with an unfair tinge of suspicion. Instead of being given a chance to explain or be heard, these employees, however low in the hierarchy, have to spend an extraordinary amount of time and energy to prove their intent for an honest salaried living. "Perception is the new reality", in the social media era, people are pronounced guilty first; then they have to use a disproportionate amount of resources to clear their image.

The health of some of those employees or their family members takes a toll in view of the constant pressure of wanting to be rid of their old office tag. For most human beings, their reputation and the respect they command in the social fabric they live in is what drives and energises them. To have a dent on that would dent their career prospects as well as self-image. If profit or wealth is the return for risk, then who takes the risk? Here it's the employees who take the risk and endure its negative consequences.

"I worked hard for an IPO and was hoping that proceeds will go to pay the creditors I had created for scaling the business, however, money vanished and creditors never paid. The promised wealth creation for employees was not worth the paper it was printed on. And I didn't get my salary dues as well".

There are many rags-to-riches stories of entrepreneurs who supposedly became darlings of the investors. Before the irony of their flaws struck a blow.

"I had joined the company at the age of 50, leaving a cushy job at a leadership position, because I thought I could help the promoter create magic in the industry sector and to generate wealth for hundreds in the company. When the promoter's intent was discovered to be nefarious, it was the employees who paid a severe price. Many were without jobs for months and their past salaries were also not paid. That ended my career when I could have retired very comfortably and honourably at 60 years if I had not moved to this firm".

Re-employment is another challenge if you hang on till the end. Potential employers think of you as 'tainted'.  Another aspect is the separation of key employees is tough; some threats and pressure tactics are also used by a few promoters to make the key employees stay. Many are forced to spend their time and monies meeting various queries by authorities. Even when employees are not being paid salaries, promoters' lifestyle and expenses don't reduce, whereas the (ex) employees take all kinds of pressures. Usually, separation involves not getting paid for a few months to a year and also having to write off annual payments like bonuses or incentives. This is an important financial impact and is the bottom from where one needs to re-start.

The loss of credibility for the employee is amongst their peers, juniors, suppliers, company associates, and regulators. The impact on them is psychological, financial, emotional, social, and most importantly on their career and earning potential, which is not only reduced because of difficulty in getting a career that is a reasonable start from where one got off, but also because of the loss of confidence. Many employees, especially in mid to senior management, leave the corporate sector and start in another different profession.

"I had a career reset 25 years ago with similar rogue promoters. I was a senior employee at Rs 8 lakhs + house + car + telephone and leading a profit-generating division in the company. When the promoters suddenly were found to have embezzled the company funds and disappeared overnight, professional leaders like me were looked at with suspicion by the outside world & looked at with hope by employees and vendors to arrange their pending payments. We could not do anything. I had to restart my career by taking a huge haircut in my salary and position. It was a huge trauma to my wife & young children."

Many a times in a deliberate crisis, the perpetrators would have provided for contingency for themselves and their families, and not necessarily for the organisation. Many entrepreneurs, as they scale up their business, also have "prestige-shopped" known-professionals from the industry, which in turn built or boosted the credibility of the promoters. And it's also a great club-dinner conversation piece to say "that renowned industry expert is my CEO now. Hired him recently!".

The loss of credibility in the industry that you dreamt of building a life-long career is debilitating at the minimum. You lose an ecosystem nurtured by education through many jobs in the industry and it goes in a flash. Lifelong reputation building is destroyed for someone's mistake or avarice. In short, people stand up for their dignity, truth, and reputation. In the process, many homes are wrecked and many careers tarnished, thanks to the shenanigans of a few.

"I had a good career until my late 30s when suddenly my company shut due to financial troubles; later it was found that the promoters had taken away every rupee of the funds! In that sudden crisis, I lost my job and savings as I had to fend for my family for two years without a job. And worst was that my wife had a miscarriage due to all the stress. It was a lifetime learning."

A feeling of personal violation, emotion of humiliation and self-doubt impacts true human potential. Some of those affected also start questioning their moral values, if it's worth it. And that's when they could also delete page loads of contacts from their network, for they were only sheer fair-weather friends.

(Srinath Sridharan is an Independent markets commentator&Dr.G.P.Sudhakar is a faculty in the area of management.All views expressed in this article are personal.)

Rebooting Economy 50: Economic reforms for whom and for what?