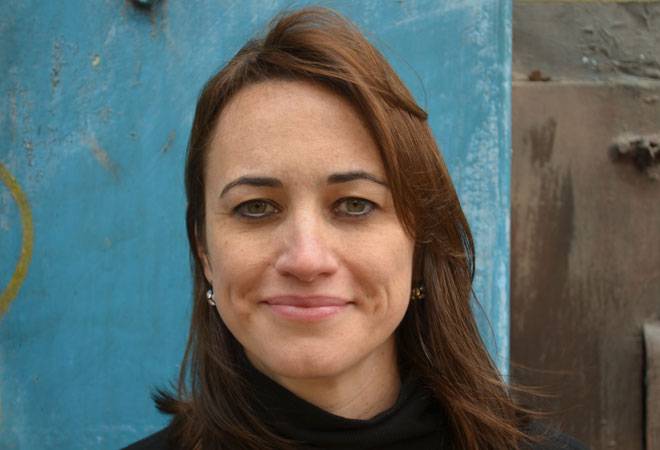 Q: How do you view the progress of Ganga rejuvenation work?

Connors: Rejuvenation of this 2,500 km river - with multiple tributaries and hundreds of millions of inhabitants in the basin - is a multi-generational effort. Progress in river cleaning is always slow and results take decades to be achieved. The global experience shows that it takes generations, billions of dollars, and a massive inter-governmental push. In this context, efforts to rejuvenate the Ganga are proceeding and the announcement of the last year to launch a national Rs 20,000 crore 'Namami Gange' program, and the more recent announcement to leverage private capital and accelerate the construction and maintenance of wastewater treatment plants with 100 per cent financing from the Centre, are all welcome developments.

Q: What according to you are the biggest challenges in Ganga rejuvenation?

Connors: Some of the biggest challenges are maintaining momentum over time and coordinating so many different levels of government and users of water. River rejuvenation is as much a function of multiple levels of government moving in lock step towards a common objective as it is about competing users of water - sectors and departments - working in unison. It is also about a society shifting its primary set of values from economic to environmental, something we see happening in India right now. No other country has attempted river cleaning at this scale at the level of GDP per capita of India today. All of this takes time. People expect quick wins but that is simply not possible with river rejuvenation. River cleaning takes time and it never ends.

Q: What are your reasons for supporting the cleaning of Ganga?

Connors: The Ganga is India's most important river. Its sprawling basin covers more than 860,000 square kilometres across 11 states, and is home to around 600 million Indians, or close to half the nation's population. The basin generates approximately 40 per cent of the country's GDP and is an invaluable environmental and economic resource for India. Despite its iconic status and environmental significance, the Ganga today is facing formidable pollution pressures, along with the attendant threats to its biodiversity and environmental sustainability.

The World Bank is supporting the Government of India in its effort to rejuvenate the Ganga River. The $1 billion National Ganga River Basin Project is helping the government build institutional capacity for rejuvenating the river. It is also financing key infrastructure investments in the five mainstream states - Uttarakhand, Uttar Pradesh, Bihar, Jharkhand and West Bengal.

Q: Funds disbursed so far and what is the level of World Bank engagement for Ganga rejuvenation?

Connors: To date, a total of $66 million of the World Bank fund has been disbursed. The World Bank is working with the National Mission for Clean Ganga as well as state-level counterparts in the five mainstream states to take forward work on the project.

Q: What is the status of the current projects that World Bank is involved with?

Connors: In Uttarakhand the first investments in this state are likely to be wastewater treatment and conveyance systems in the Hardiwar-Rishikesh area, with some 100 kms of sewer networks and 80 MLD of sewage treatment capacity to be built in Jagjitpur and Muni ki Reti. The project is being finalized at the State level and the tender process is expected to start in the second half of 2016.

In the state of Jharkhand clearance has been accorded for an investment of $ 16.6 million for building 55 Km of sewer network and a 12 MLD of wastewater treatment plant at Sahibganj.

In Uttar Pradesh, investments worth more than $250 million are focusing on reducing the pollution load in the river in key cities and towns that lie along the river's most critically polluted stretch.

In Allahabad alone, the project will help build two sewage treatment plants as well as 800 km of sewerage networks in four city districts, covering almost 80 percent of the city's population of nearly 1.3 million people. Of this, work for building 30 MLD and 470 km of networks has already started, and these investments are likely to be completed by March 2018.  To further expand the sewage network, a contract for $ 42 million for building another 250 km of network is likely to be signed by March 2016.

In another city of UP, Narora, $7.5 million contract for building 21 km of sewage line has been awarded; a further investment of $12.5 million for 59 Km of network and 4 MLD of wastewater treatment plant has been cleared for contracting.

In Bihar, for Wastewater Conveyance & Treatment a total of $290 million is earmarked for sewer networks and wastewater treatment plants in the state. Construction works are underway at Buxar and Begusrai which when completed in September 2018 will handle 33 MLD of wastewater.

Investments totaling $230 million are planned in Patna city for building 500 kms of sewer networks and 100 MLD of wastewater treatment plant which will help the city to safely collect and treat its wastewater. These works are expected to start in a phased manner beginning in April 2016. In addition, a sewerage system and wastewater plant is also planned at Munger for which the bid documents are under preparation.

Other important work is on riverfront development. An ongoing $43 million investment in river-front development in Patna will not only build a new a 6-km promenade along the river but also help upgrade public infrastructure such as toilets, bathing areas and other public amenities at 21 ghats. The Patna river-front works are expected to be completed by December 2016.

In West Bengal Wastewater Conveyance & Treatment investments worth more than $ 110 million are envisaged to improve the wastewater treatment status in three towns of Halishaher, Budge Budge and Barrackpore. Work will begin soon to build a total of 50 MLD and 600 km of sewerage networks in these three cities. These investments will be completed by March 2019. Work on the engineering design for managing and treating the wastewater load in Tolly's Nullah in Kolkata is also ongoing. On Riverfront Development again work on planning and designing riverfront works in Kolkata has started; this will include consultations and interactions with the local residents to ensure their inputs feed into the design of this important city area.

For Water Quality Monitoring some 30 state-of-the-art, real-time water quality monitoring stations will be installed along the river in the first phase of a larger effort to acquire reliable water quality data.

These will be managed by the Central Pollution Control Board and will strengthen the regulation and oversight of the river's pollution load by helping planners better understand the point-source versus non-point source origins of pollution, as well as to assess the impact of treatment on the water's quality. Bid evaluation for the establishment of real time monitoring station (data supplier) has been completed and is now reviewed by NMCG. Installation works are expected to start in April 2016.