After years of poor performance, Infosys delivered a great set of numbers with a sequential revenue growth of 0.6% in dollar terms for a revenue of $2.4 billion. 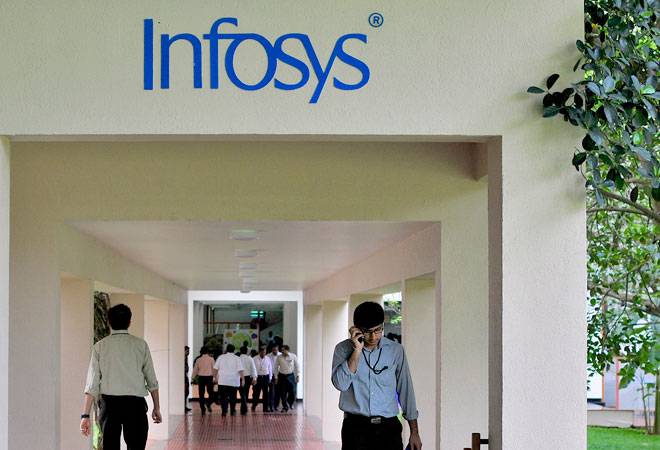 After years of poor performance, Infosys delivered a great set of numbers with a sequential revenue growth of 0.6% in dollar terms for a revenue of $2.4 billion. (Photo: Reuters)

Business Today Deputy Editor Venkatesh Babu
After years of poor performance, Infosys delivered a great set of numbers with a sequential revenue growth of 0.6% in dollar terms for a revenue of $2.4 billion. The third quarter is seen as traditionally weak one for Indian IT services companies due to the lesser number of working days. More importantly Infosys revised its growth guidance upwards in dollar terms from the earlier projected 6.4 to 8.4 percent to 8.9 - 9.3%. Attrition was down from 20% levels to 13.4% on a standalone basis. Its investments in training its employees in design thinking, investment in (Artificial Intelligence) AI and platforms like Aikido have started paying off. With an order pipeline potential of $ 3 billion, things look promising.

Based on the good numbers and its upward revision of growth guidance, Infosys shares predictably were up by more than 5% at the time of writing. Analysts also seemed to be upbeat about Infosys strategy being rolled out under the new leadership of Vishal Sikka. Dipen Shah, Senior Vice-President & Head of Private Client Group Research, Kotak Securities in his note said "Infosys' results beat our estimates for the third successive quarter with constant currency revenue growth of 1.1% …..We believe that, newer initiatives like Zero Distance, Design Thinking, Automation, etc. will shore up the growth rates of Infosys and sustain margins over the longer term."

While Shah maybe sanguine and Infosys seems to have stepped on the accelerator, there are quite a few signs, which give reason for a pause. After years of insisting on industry leading margins, Infosys clearly seems to have decided to trade margins for growth. Operating margin has fallen by 120 basis points in this fiscal year, with one more quarter to go. Cash flow from operations also has reduced significantly.

It has been known for sometime in the marketplace that Infosys has been aggressive in chasing deals even at the cost of margins. While given the past rigidity, it may be a welcome move, one will have to cautiously watch both margins and cash flow to see how far Sikka and his team will go, to get back to industry leading growth rates.

To be sure this is not a unique dilemma confronting Infosys alone. Most of the large Indian IT vendors enjoy 20% plus margins compared to say a global peer like Accenture which enjoys 13-14%. While some of this can be due to Indian companies delivering a larger part of their work from lower cost countries, Indian vendors in the long run are likely to see pressure on their margins unless they can bring innovation to play.

Infosys also seems to have got back its mojo in managing the optics. In the second quarter of this fiscal, they lowered growth projections and this quarter they increased, admittedly by a higher margin. Thus they jumped over a bar which they had lowered, making it look a bigger success. Sikka and his team clearly have brought a new energy and drive to the company but it might be too early to write this as a complete turnaround. They are on the right direction and gathering momentum but expect several twists and turns in a changing global technology landscape, if Infy is to get to its avowed goal of $20 billion by 2020 even as it protects its profitability.
TweetYoutube
Tags: Infosys | Infosys earnings | IT company | Aikido | Kotak Securities

Wipro's new CEO has a challenge on his hands