Wipro's new CEO has a challenge on his hands

Wipro, one of India's largest IT services exporter has declared yet another quarter of tepid results. 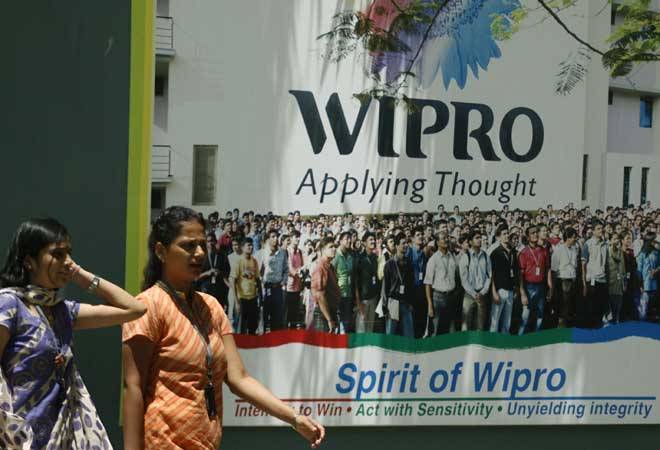 Venkatesha Babu, Deputy Editor, Business Today
Wipro, one of India's largest IT services exporter has declared yet another quarter of tepid results. Read the numbers here. While it may have met market estimates, remember these were low expectations from a laggard, which has in the recent years struggled to even match its peers, forget outperformance.

The reasons, touted by T K Kurien the outgoing CEO, who is set to become the executive Chairman are familiar. How energy and utilities from which Wipro derives 16 per cent of its overall revenues has faced challenges because of low energy prices and the impact global slowdown has had on its outsourced research & development services business. Those reasons are valid but inadequate going forward.

Abidali Neemuchwala, the TCS veteran who takes over running of the company from Kurien clearly has a plethora of challenges to tackle. These are the top 5 challenges he needs to tackle at the earliest in our opinion. First and foremost he has to infuse a fresh sense of energy and purpose into the company, like Vishal Sikka did at Infosys. While Kurien did some things right especially after the disastrous morale sapping co-CEO tenure of his predecessors, he was an insider and was already a part of the system for more than a decade when he took over. Neemuchwala is less than a year old in the company and he needs to quickly put his stamp on the company.

Wipro needs to get its act together in the BFSI segment, which has been its weak area for a long time. Whether it does it through smart acquisitions or decides to grow aggressively organically, Neemuchwala needs to fix this. The reason for this is simple. BFSI accounts for the biggest chunk of spend in the global IT services space. Wipro compared to its peers like TCS, Infosys and Cognizant gets the lowest amount of revenue from this critical vertical.

Third Wipro needs to take risks big and small. While Kurien did a good holding job, it has been mostly coasting along on past laurels. While the management mouthed the right words of 'growth in digital, cloud etc..' and how automation had replaced nearly 4000 jobs, they need to lead rather than follow. For that Wipro needs to invest in innovation. In the past in areas like telecom and outsource R & D, Wipro lead the Indian IT pack. Neemuchwala needs to identify verticals, where it can gain competitive edge and take more risks in them.

Fourth is the company's ability to mine its top clients better. It has been a truism that most Indian IT companies get a majority of their business by mining existing clients for additional work as they embed more deeply into their operations. While this is true for Wipro, just like its peers, its level of success leaves something to be desired. For instance this quarter its revenue from top 10 clients declined to 19.3 per cent of its overall revenue compared to 21.2 per cent for the same set of clients a year back. Company needs to fix that.

Finally the new CEO needs to focus on execution. For instance even as its competitors up utilization, Wipro's net utilization is in low 70's compared to high 80's of most of its peers. While Neemuchwala inherits a company which is still among large players, he needs to ensure that the company gets its mojo back. In that he will need the full confidence and backing of Wipro's largest shareholder, the Premji family if Wipro wants to continue being a top-tier player.