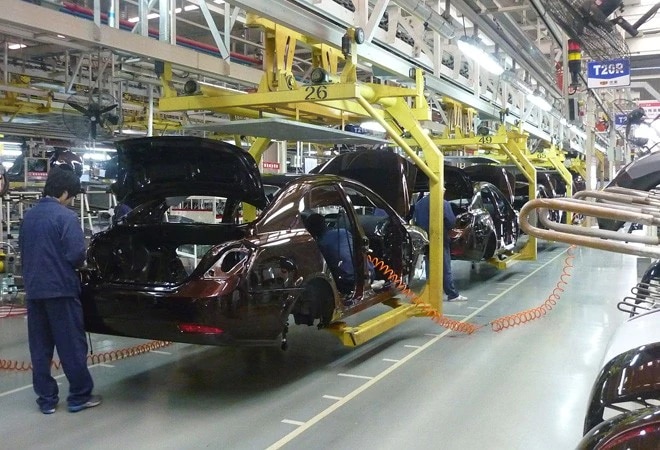 Ominously, the performance was mostly in the pre-COVID era with the lockdown due to the pandemic impacting business for only one week in fiscal 2020

The decline, which was due to a protracted slowdown in the domestic sale of vehicles in the country-OEMs are the biggest consumers of components, came after three continuous years of double-digit growth for the industry. It has also taken the sheen off the decade as a whole with revenue growing by a CAGR of just 5 per cent between 2009-10 ($30.8 bn) and 2019-20.

Ominously, the performance was mostly in the pre-COVID era with the lockdown due to the pandemic impacting business for only one week in fiscal 2020. The forecast for this fiscal is even more dire. Vehicle manufacturers have said sales could decline by a wide range of 26-45 per cent this fiscal on the back of an 18 per cent contraction in fiscal 2020. This would result in another year of pain for the component industry.

"We have significant exports out of the country and the aftermarket business is also substantial and a segment that has remained stable even last year. But there is no getting away from the fact that if OEMs decline, then we would not be spared either," says Deepak Jain, president, Automotive Component Manufacturers Association (ACMA). "We will see a definite contraction this year but it is difficult to say by how much. In the first quarter the industry performed at only 15 percent capacity. Things are getting better from one month to the next and optimistically, we should be at the same levels as last year during this festive season which we must bear in mind was also a year of decline. So, we may still end up with a 30-35 percent decline over 2018-19 levels in the last two years."

Fortunately, Jain does not foresee any major loss of jobs due to the contraction. Instead, due to the migration of labour from big cities to smaller towns during the lockdown period, he says there is currently a shortage of skilled manpower in the country. Around 5 million people are employed in the three-tiered industry which accounts for 2.5 per cent of country's GDP, 25 per cent of its manufacturing GDP and 4 per cent of exports.

"I don't see any significant job losses happening this year. Infact the supply chain is still not even to cater to the relatively muted demand that we have seen in the industry so far," he says. "Productivity at the shop floor due to the various social distancing norms that have come into place, has taken a hit but we are still struggling to get more labour-skilled manpower to be precise. The recovery has been much faster than what we anticipated."

The slowdown has impacted the export performance of the industry as well as its import requirements. Exports of auto components witnessed a de-growth of 3.2 per cent to Rs 1.02 lakh crore ($ 14.5 billion) in 2019-20 from Rs 1.06 lakh crore ($ 15.2 billion) in 2018-19. Europe that accounts for 30 per cent of exports, saw a decline of 11 per cent, while North America and Asia, which account for 30 and 27 per cent, respectively remained stable.

"Due to the changeover from BS IV to BS VI emission norms, the dependence on imports at an overall level has gone up though it is difficult to quantify it in numbers right now," says Vinnie Mehta, director general, ACMA. "Imports happen due to a technology gap or a lack of scale but the intent is to localise as much as possible so with the right policies from the government and the ingenuity of the industry, imports will reduce in future."

Uber Auto ridership back at pre-COVID levels, reaches 80% in Delhi