The Series 2 coupe has been launched in two versions-sport line at Rs 39.3 lakh and an M sport version at Rs 41.4 lakh and is available only with a diesel engine. A petrol variant, which will cost less, will be launched later Kick-starting the trend where luxury carmakers are launching new entry-level models to attract customers, German luxury carmaker BMW India on Thursday launched the 2 series Gran Coupe-its new entry-level sedan at Rs 39.3 lakh. BMW will be followed by Audi launching its smallest crossover in India-the Q2 on Friday, while market leader Mercedes is readying the A-class sedan by the end of this month.

The Series 2 coupe has been launched in two versions-sport line at Rs 39.3 lakh and an M sport version at Rs 41.4 lakh and is available only with a diesel engine. A petrol variant, which will cost less, will be launched later. While it becomes the most affordable BMW sedan in the country, the Series 3 petrol variant costs Rs 41.7 lakh and isn't the cheapest BMW yet. That tag rests with the X1 entry-level SUV, which starts at Rs 35.9 lakh. 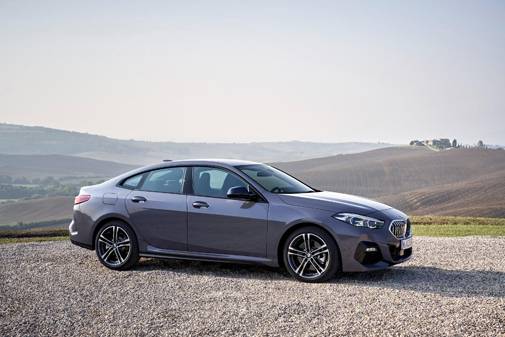 "The first-ever BMW Series 2 Gran Coupe brings BMW's successful four-door coupe concept into the segment for the first time. The car injects a fresh dose of individuality, aesthetic appeal and emotional engagement to everyday usability," said Vikram Pawah, President, BMW Group India. "Driving enthusiasts will experience a new interpretation of sheer driving pleasure in this power-packed model resonating the true BMW DNA. As the latest BMW, the first-ever BMW 2 Series Gran Coupe will attract newer target groups who aspire for a stylish and luxurious entry into the world of BMW and value performance and quality above all. This car is an irresistible choice for individuals who live life to the fullest."

The car is powered by a 2-litre twin-turbo diesel engine that produces a maximum power output of 190 hp and a peak torque of 400 Nm at 1,750 - 2,500 rpm. It can accelerate from 0 -100 km/hr in 7.5 seconds. It also comes fully loaded with features like 3D navigation, 12.3-inch digital instrument display behind the steering wheel and a 10.25-inch control display, wireless Apple CarPlay connectivity, Auto Start-Stop, Brake-Energy Regeneration, Electronic Power Steering, six airbags and anti-lock braking system (ABS) with brake assist. 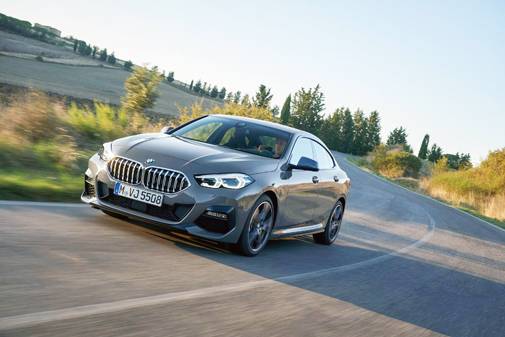 This isn't the first time that BMW has launched more affordable entry-level cars to gain traction in the Indian market. In 2013, it had launched the 1 series but discontinued it four years later due to low demand. Mercedes had also launched the A and B class models around the same time but those could not meet expectations either.

Like the overall automobile industry, the luxury car segment has also been badly impacted by the coronavirus induced lockdown as well. On Wednesday, market leader Mercedes announced its sales figures in India which indicated a revival in demand during the third quarter of the calendar year even as overall sales for the 9 months was still down by almost 50 per cent compared to last year. BMW and Audi have not released their sales yet but are expected to have done equally bad if not worse.