Production suffered significant disruption as operations were suspended in different countries to protect workers' health and as a consequence of the marked fall in demand, the company said 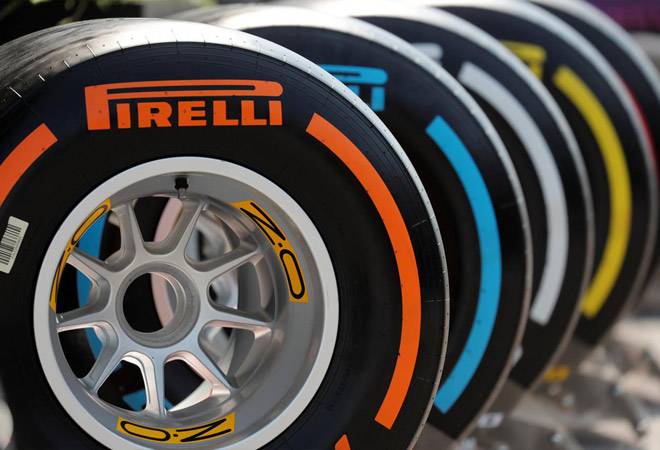 Italian tyre-maker Pirelli said it would take its worst hit from the COVID-19 crisis in the current quarter after reporting a 36% drop in first-quarter operating profit. But the manufacturer of tyres for Formula One racing teams and high-end carmakers such as BMW and Audi said it expected China to lead a possible recovery in the second half of the year.

Asked about a potential tie-up with premium brakes maker Brembo (BRBI.MI), which in April said it had bought a 2.43% stake in Pirelli with a "non-speculative, long-term approach," Pirelli Chief Executive Officer Marco Tronchetti Provera said there was nothing concrete at present but did not rule it out. "A merger with Brembo is not on the agenda, we're focused on cutting costs. I am always ready to assess options, as I have always done in my career, but there's nothing to assess right now," he told an analyst call.

On Wednesday Tronchetti's investment vehicle Camfin, which holds a stake in Pirelli of just above 10%, said it had finalised a partnership agreement with China's Niu family to create a joint venture that could allow Camfin to control a 18% stake in the tyremaker. The Niu family's vehicle Longmarch has a potential stake of up to 7.68% in Pirelli through a repurchase agreement, versus an initially disclosed holding of 5.19%.

Camfin will head the joint venture's governance and will have the right to give Longmarch voting indications before Pirelli shareholder meetings. Analysts view the move as cementing Pirelli's existing structure of major shareholders, helping protect the firm against any unsolicited interest.

Other major shareholders include China's ChemChina and Silk Road Fund, jointly holding about 46% of Pirelli and linked to Camfin by a shareholder agreement expiring in 2023. Pirelli said adjusted earnings before interest and tax (EBIT) fell to 141 million euros ($153 million) in the first three months of the year, but were above a company-provided market consensus of 128 million euros.

Production suffered significant disruption as operations were suspended in different countries to protect workers' health and as a consequence of the marked fall in demand, the company said. Tronchetti told analysts the outlook was "very challenging" for the current quarter, with global tyre demand expected to fall by around 40%, but he was more optimistic about the second half of the year.

Pirelli confirmed its revised full-year 2020 targets released on April 3, when it scrapped a planned dividend on 2019 results and said its adjusted EBIT margin would come between 14% and 15% this year. Tronchetti said he was more confident with the low end of the guidance. Liquidity amounted to 2.1 billion euros as of March 31, allowing Pirelli to cover its financial debts for about three years, the company said.