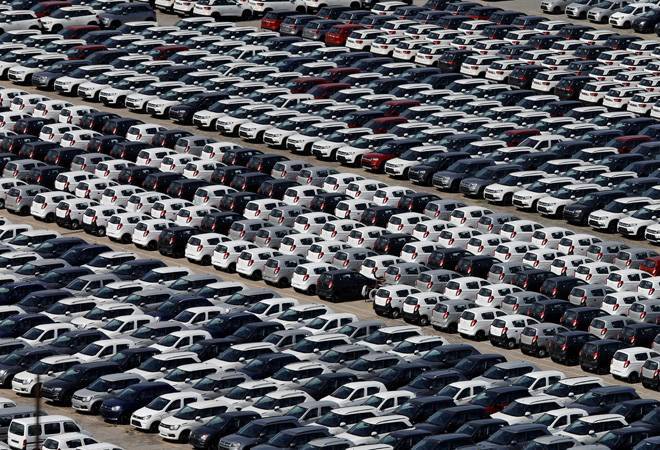 For the full financial year 2019-20, the auto industry declined by 18 per cent at 2.15 crore units, registering its worst performance in over two decades

The coronavirus-induced nationwide lockdown in the country has taken a toll on the domestic automobile industry, which registered a massive yet not so surprising 45 per cent decline in sales in March.

The industry recorded sales of just over 10 lakh during the month with commercial vehicles bearing the brunt. Factories and dealerships across the country have been shut since March 25 as the country is under lockdown in view of the spread of the pandemic.

Sale of trucks and buses saw a steeper 88 per cent decline with sale of just 13,027 units. Two-wheelers sales registered a 40 per cent dip with scooters witnessing a 32 per cent decline at 263,181 units while motorcycles saw a 42 per cent contraction at 570,860 units. Sale of passenger vehicles declined by 51 per cent at 143,014 units last month. These are all historic lows.

"The month of March 2020 was one of the most challenging months for the Auto sector as the 21-day lockdown resulted in bringing the production and sales of vehicles to a standstill in the last week. As the revenues took severe hit, the OEMs struggled on meeting fixed cost and working capital requirements," said Rajan Wadhera, president, SIAM.

For the full financial year 2019-20, the auto industry declined by 18 per cent at 2.15 crore units, registering its worst performance in over two decades. Passenger vehicles saw a 17.8 per cent decline at 27.7 lakh units, which pegged it back by five years to levels last seen in financial year 2015-16.

Two-wheelers also saw a similar 17.8 per cent fall in sales during the year at 1.74 lakh units while commercial vehicles registered a 28.7 per cent decline at 717,688 units.

"We are engaged in a dialogue with the government on policy measures which could minimise the impact of COVID on the Indian economy and especially the automobile industry," Wadhera added. "There would be challenges on the supply side; demand side and also on the issue of availability of Finance which would all need to be addressed to bring back growth in the sector. We remain steadfast on 'Building the nation responsibly'."

While the lockdown is set to be extended beyond April 14, SIAM has predicted more pain for the industry in fiscal 2021 as it would take much longer for consumer sentiment to be revived even after the lockdown is removed. With the overall economy likely to grow at a much slower clip, SIAM has predicted another 20 per cent decline in volumes this financial year if the GDP grows at less than 1 per cent.

Even in the most optimistic scenario of the GDP growing by 4 per cent this year, the automobile industry would still decline by 13 per cent, it has said.

'Help or we will die': Auto dealers send SOS to PM Modi amid coronavirus lockdown