Decadal comparisons of growth in railway freight, consumption of diesel and import of crude oil and its products - all point to significant decline, indicating that the economic slowdown is neither sudden nor cyclical 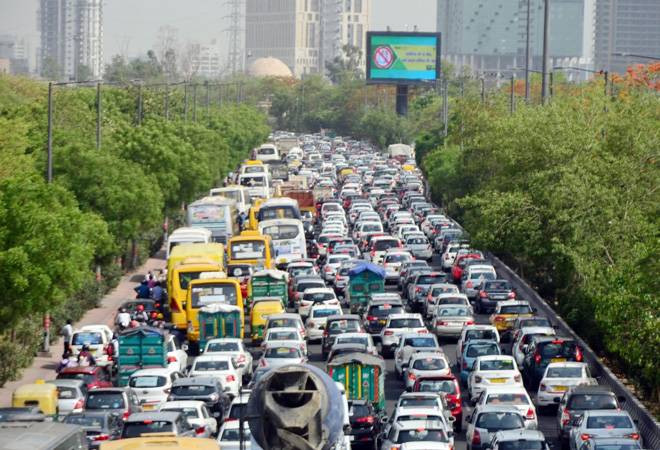 The slowdown in the Indian economy has been long in the making, contrary to what many may say or what the sudden slump in the number of trucks sold in the recent months may point to. There are other indicators of the state of surface transport of goods that show there has been a sharp fall in growth in the current decade compared to the previous one.

The implication of a long term slowdown is that it is structural in nature, the early signs of which were either unnoticed or unaddressed and now it requires long term solutions. There is no place for shortcuts or quick fixes any more.

The freight carried by the Indian Railways is as good an indicator as any of the health of the economy. 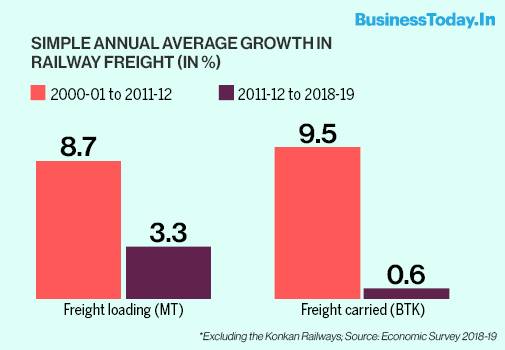 Another good indicator is consumption of high speed diesel (HSD) used by trucks carrying goods. The database maintained by the Petroleum Planning and Analysis Cell of the Ministry of Petroleum and Natural Gas shows the growth in consumption of HSD falling considerably in recent years. A lower growth rate in the consumption of HSD during a time when India witnessed a huge surge in the sale of diesel cars indicate that the use of diesel in transportation of goods could be much lower than what the overall consumption figure would suggest - compared to the previous decade.

Decline in import of crude oil and products 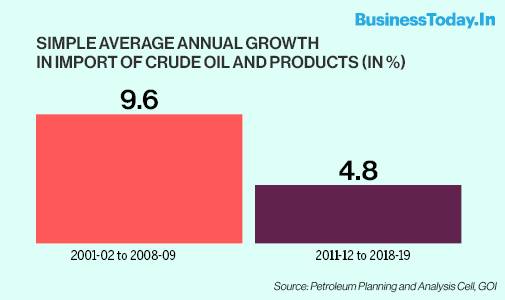