GST impact: From Hyundai cars to Honda bikes, here's what automobile firms are offering discounts on

The rollout of the Goods and Services Tax Bill may have caused confusion among traders, but it has also resulted in customers getting tax benefit. 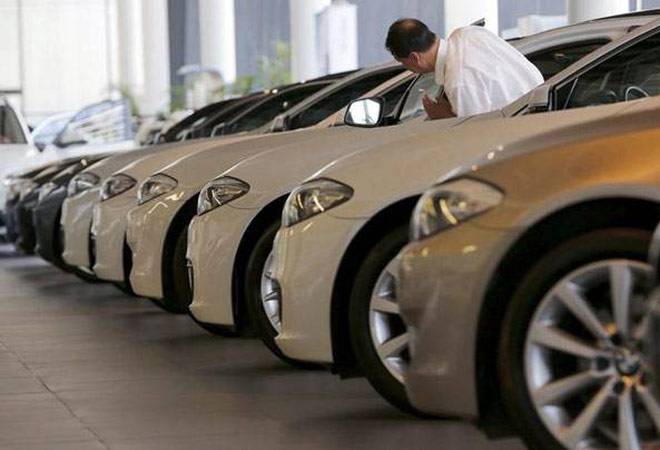 The rollout of the Goods and Services Tax Bill may have caused confusion among traders, but it has also resulted in customers getting tax benefit.

The case is particularly for the automobile sector, where Excise Duty, NCCD (National Calamity Contingency Duty), VAT (Value Added Tax), Infrastructure Cess, CST (Central Sales Tax) were earlier levied. Now, only the GST and additional cess, depending on the category of vehicle, is being charged.

Many firms across the sector redoing their entire price card. Various automakers such as Ford, Maruti Suzuki, Toyota, Jaguar Land Rover and BMW have effected price cuts to transmit the GST relief down the line.

ALSO READ: Ford cars get price cut of up to 4.5 per cent post GST; Endeavour up to 3 lakh cheaper

Following are the automobile companies that are offering huge discounts on their products after the GST rollout.

Honda Cars
Honda Cars India has brought down prices of its models by up to Rs 1.31 lakh with immediate effect to help customers reap GST benefit.

Its premium SUV CR-V has also seen a price drop of up to Rs 1,31,663. Honda is yet to decide on the revised pricing of Accord Hybrid. The revised prices are for ex-showroom Delhi and will vary from state to state.

With the highest share of passenger vehicle of 49 per cent in the market, Maruti Suzuki has also slashed the rates of its flagship models. Maruti Suzuki was the first company to follow the GST tax reform to reduce the prices on its cars by 3 per cent.

With the ex-showroom (Delhi) starting price from Rs 4.59 lakh, Maruti Ignis has witnessed a dip of Rs 9,000 in its cost. Alto 800 also got cheaper by Rs 5,000, reported Financial Express.

The report further stated that Vitara Brezza which started from Rs 7.26 lakh, ex-showroom, Delhi got its price reduced by Rs 60,000. Ciaz, another popular model from Maruti Suzuki, too witnessed the price dip of about Rs 30,000.

Ford India has taken the high road by its decision to reduce vehicle prices by up to 4.5 per cent with immediate effect to pass on the GST benefit to the customers.

In Delhi, price of hatchback Figo has been cut by Rs 2,000, that of compact SUV Ecosport by up to Rs 8,000. Price of premium SUV Endeavour has been reduced by up to Rs 1.5 lakh.

The company sells a range of vehicles starting from hatchback Figo to premium SUV Endeavour, that were priced between Rs 4.75 lakh to Rs 31.5 lakh (ex-showroom).

The company, however, did not share details about the revised pricing of its iconic sports car Mustang.

But only four wheelers buyers would not reap the benefits of GST discounts. Companies are slashing prices of two wheelers as well.

Hero MotoCorp reduced prices of its mass selling models by up to Rs 1,800. Some of the premium segment models would see a reduction of up to Rs 4,000 in certain markets.

Two-wheeler major TVS Motor Company also on Monday reduced prices of its models by up to Rs 4,150 to hand down GST benefit to customers.

Ford cars get price cut of up to 4.5 per cent post GST; Endeavour up to 3 lakh cheaper