The 37th GST Council meeting to be held in Goa on 20 September was supposed to discuss the issue of rate cut in the auto sector. The other proposals to be discussed during the meeting include tax cuts on FMCG goods and hotel industry. 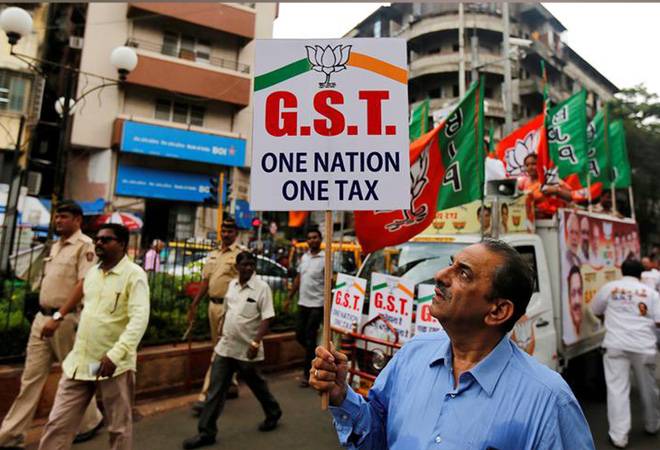 The fitment committee of the Goods and Services Tax (GST) Council has rejected the proposal to cut GST rates on autos on the ground that it would lead to revenue loss of Rs 40,000-45,000 crore, deputy chief minister Sushil Kumar Modi, who is also a GST Council member, told Business Today.

Modi said that none of the states would agree with the proposal of cutting GST rates in the auto sector. "The revenue implication of the move is very high. Who will bear the revenue loss of Rs 40,000-45,000 crore? Unless GST revenue stabilises, it is difficult to agree on this proposal," he said.

There is also a proposal to exempt taxpayers with turnover less than Rs 2 crore from filing annual return for 2017/18 and 2018/19.

As per the current year target, which is over Rs 13 lakh crore including both central and state GST, the monthly collection should be around Rs 1.10 lakh crore. The average monthly collections stood at Rs 1.02 lakh crore for the first five months of financial year 2019/20. Remaining seven months need to clock an average of Rs 1.16 lakh crore to meet the budgeted target.

On GST revenue deficit of Bihar, Sushil Kumar Modi said that the deficit has now narrowed down to 17 per cent in the current financial year from 32 per cent previous year.

The deficit is calculated based on a 14 per cent annual growth in GST collection over the base year of 2016/17. Any deficit in the revenue collection by state is made good by the central government from the compensation cess collected for the first five-year. However, there is demand that if the states fail to reduce the deficit to zero, the compensation cess could be extended beyond five years.

Modi also rejected the general view that slowdown in the economy is due to GST. "Slowdown is not because of GST. It may just be a small factor but not a significant one. GST was implemented two years ago, and if consumption slowed down due to GST, it should have slowed down two years ago.

Also read: GST tax base doubles, but collection up only by 14% in Karnataka