First launched in 1998, the City has been a bread and butter product for Honda in India and a segment leader for most of its over two-decade lifespan 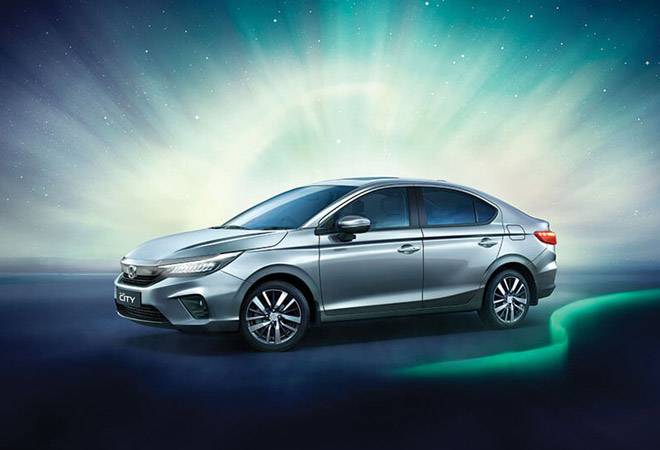 Japanese auto major Honda Cars India on Wednesday launched the fifth-generation version of its bestselling mid-size sedan City in the country at Rs 10.9-14.65 lakh. The car comes with a 1.5-litre petrol and diesel engine and competes with the likes of Maruti Ciaz, Hyundai Verna and Skoda Rapid.

First launched in 1998, the City has been a bread and butter product for Honda in India and a segment leader for most of its over two-decade lifespan. Honda has regularly refreshed the City every five years but there are a couple of firsts this time. For one, the 5th generation City is significantly more expensive than the older one. When it was launched in 2014, the previous generation came in at Rs 7.42-10.98 (petrol) and Rs 8.62-11.10 lakh (diesel).

Further, the fourth generation this time will continue to coexist with the new car albeit only in the petrol powertrain. Undercutting the new car on price, the older version is priced between Rs 9.91-13.01 lakh (manual) and Rs 12.01-14.31 lakh (automatic).

"Honda City has been our key pillar of business for more than 22 years, being one of the longest-running nameplates in the Indian automotive history. With cumulative sales of more than 4 million units worldwide, it has provided joy to almost 8 lakh customers in India and many more aspiring to own the model," said Gaku Nakanishi, President & CEO, Honda Cars India. "Each generation of the City has raised the bar on design, technology, quality, driving pleasure, comfort & safety, and has come with several industry firsts or segment-first features. Our vision has been to offer our customers with a new value that is unprecedented in the history of City and we are confident that the all-new City will create fresh excitement in the mid-size sedan segment."

Additional features in the new car include 9 LED array Inline shell in the top of the line variant, one-touch Electric Sunroof, advanced connectivity options with Alexa remote capability and next-generation Honda Connect with Telematics Control Unit (TCU) standard across all grades with a 5-year free subscription. Safety features include four airbags as standard and 6 Airbags on the top-end variant, ABS with EBD and Brake Assist, Vehicle Stability Assist with Agile Handling Assist, Hill Start Assist and company's patented lane watch camera, which first debuted in India with the CRV SUV. The car also gets a tyre pressure monitoring system.

The bigger challenge, however, is from SUVs that have steadily eaten into sedans in the last few years. Honda still does not have a compact SUV in its line-up, which makes it particularly vulnerable.

In an overall market that declined 18 per cent in 2019-20, the mid-size sedan segment declined 37 per cent with all the models registering steep double-digit drop. Steep taxes of over 40 per cent are a big reason for this. The Ciaz, City and the Verna are closely bunched together in the segment with Ciaz topping the charts with sales of 25,258 in FY20, down 45 per cent over FY 19, followed by City at 20,912 units, down 49 per cent and Verna at 20,894 units, down 47 per cent.

Honda said the new City will give it enough heft to claim the top spot in the segment though it admitted that SUVs will continue to pose a threat.

"It is true that SUVs have grown faster than any other segment in the industry and I believe it will continue to be so. With the City, the sedan segment will grow but SUVs will grow faster so the share of the overall market for sedans will still decline," Nakanishi said.