In the wake of the coronavirus pandemic, countries across the world are looking at decoupling from China and the entire global supply chain developed over decades is being realigned 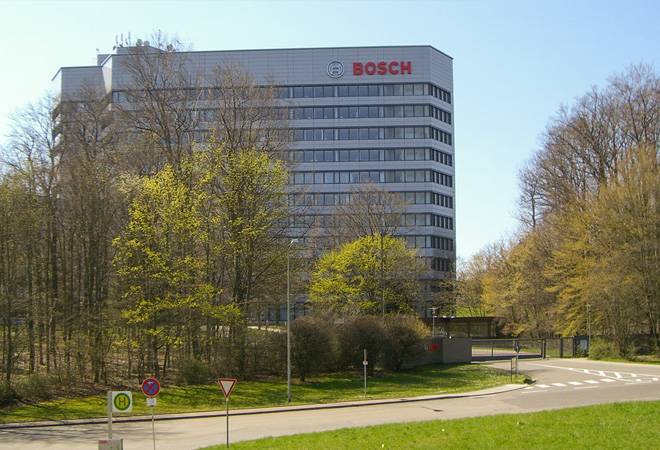 World's largest automobile component manufacturer Bosch has said the impact of the lockdown on the supply chain for the manufacturing sector in India has been bigger than in other countries which makes it less likely for the country to directly benefit from China.

In the wake of the coronavirus pandemic, countries across the world are looking at decoupling from China and the entire global supply chain developed over decades is being realigned. The government in India has been eyeing investment from companies that maybe looking at either relocating from China or adopting a one-plus strategy for the future.  Various state governments have also identified land banks for potential investments while relaxing labour laws.

"The impact on the supply chains during the lockdown in India was bigger, hence it is less likely that India will benefit directly from what happened in China," says Jan Oliver Roehrl, Chief Technology Officer and Joint Managing Director, Bosch Limited. "There might be a worldwide supply chain review to support for local strategies combined with release flexibility in international production networks after full recovery of worldwide economy. Strengthening local manufacturing will be a decisive factor. It comes with cost and performance competitiveness on an international benchmark level and we, at Bosch India are deploying strategies to support this."

With global revenues of more than 77 billion euros in 2019, the company has a footprint in more than 125 countries worldwide. Its business is, however, skewed more towards the automobile industry which makes it a big player in China, world's largest automobile market. Outside its home market in Germany, China is the biggest market for Bosch globally.

"I would not isolate one country over the other and I am a firm believer that isolation of one economy towards the other is the wrong way. I think this is the wrong way of thinking and acting," Roehrl said. "I am a believer in a free travelling and free sharing of goods across borders including raw materials, which are also not equally distributed across this planet. We have to think, globally, of course, (and) act locally, but always in a way that brings people together and not (by) splitting them."

Even as governments across the world, especially the US are acting tough on China and asking companies to restrict their presence in the market, Roehrl believes the advantages of globalisation far outweigh the threats and consumers only stand to benefit in the long run.

"What governments want is one thing but the other thing is what is meaningful to the market and whether you buy here or there is the decision of the market and not of individual governments. I also think this is a bit of a wave and it will go away again, because we can only answer the bigger questions if we join and not split forces," he said.

"It's a great thing that technology is moving across the world at a pace that let's say four or five decades back was unimaginable. I think this is really a big achievement and if you look on the larger picture of it, how people come out of poverty for example, in India and also in other countries, there is a lot of merit in opening up and not closing each other."