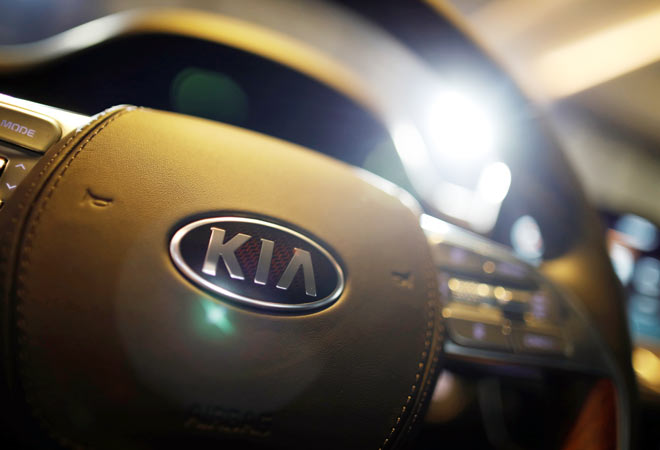 South Korean automaker Kia Motors is vying for the top slot in the high selling entry-level, mid-SUV segments in India with Seltos and Sonet generating robust volumes for the company, according to a senior company official.

The company, which reported its highest-ever retail sales in the country in September, has already raced to number one position in the sub-four meter compact SUV segment last month with its newly launched model Sonet dominating the segment.

Kia sold 9,266 units of Sonet in September thus getting the better of the likes of Hyundai Venue and Maruti Suzuki Vitara Brezza. Similarly, it sold 9,079 units of Seltos last month to take the second spot behind Hyundai Creta which sold 12,325 units.

"We are now present in both SUV low and mid segments with Sonet and Seltos and we would be market leaders in both of them," Kia Motors India Vice-President & Head Marketing and Sales Manohar Bhat told .

Both the models are high on design and features and come with wide range of trims so that a customer can choose according to his requirements, he added.

"We are not talking down to the customer, we are giving them what they actually want. So there is such a pull for our vehicles, especially the top-end trims," Bhat said.

Kia has already netted close to 35,000 bookings for Sonet which was officially launched on September 18 and it gives confidence to the company that it can deliver in the market, he added.

Due to high demand, the waiting period for both Seltos and Sonet has gone up considerably. Waiting period on Seltos has stretched close to a month depending upon the variant while for Sonet it is already around two months.

Bhat said the company may look at enhancing the production further at its Anantapur plant (Andhra Pradesh) to reduce the waiting period for the two models.

The plant has an installed capacity to roll out 3 lakh units per annum with three shifts running. With two shifts in operation currently, it can churn out 2 lakh units in a year.

When asked if the company would bring in third shift at the plant, he said: "We will do it depending on the demand. We were very quick to start second shift last year with bookings for Seltos increasing...we would like to have the third shift as our dream is to make sure that our entire capacity is fully utilised."

He, however, added that in order to raise production even component suppliers would have to increase their output.

"It is a very difficult time to run a factory during COVID times as our facilities are linked to so many other vendor factories and each one of them is grappling with the COVID thing. It is very difficult," Bhat said.

He further said: "It is not only about our own capacity alone but it also depends on the suppliers. Even for an example, a nut gets delayed then the entire vehicle is delayed. So, we depend on vendors also ramping up at the same time to be able to start the third shift and increase the production. So, we will do it at some point in time but when is that time would depend on vendors as well".

Bhat said that the entire sales network of the company is now functional and the automaker is also making efforts to increase penetration in certain regions where it had an inadequate presence.

"There are so many parts in the country where we are not represented properly. There are various states like Karnataka, Rajasthan, Andhra Pradesh and the North East, where our presence is not adequate. So many outlets are going to come up in such regions. COVID has delayed this expansion but now they are going to be functional," Bhat noted.

The number of such new dealerships is going to be in double digits, he added.

Currently, the automaker has a network of 265 customer touchpoints, in 160 cities across the country.

On lukewarm customer response for the company's premium multi-purpose vehicle Carnival, Bhat said the demand has started to pick up with enquiries having gone up for the model significantly last month.

"We had just started with the campaign for the model when COVID pandemic happened, so that was the first problem. Secondly, in this particular segment, the purchasing power of a customer has declined. But yes we are now seeing green shoots here as well and enquiries for the model have gone up substantially this month. Going ahead we see good demand for it," he noted.

On company's sales expectations in the festive season this year, beginning mid-October and extending to November, Bhat said: "How much and all that is a million-dollar question. I believe it is definitely going to be much better than this month that's for sure."

He further said: "Our bookings give us ample confidence to say that yes we are bullish that we will do good numbers. We have a good number of bookings to back this up. We are very confident if production keeps up with will do the numbers, no issue in that. Kia has invested $2 billion in India, including $1.1 billion at its manufacturing facility.