List of cars, SUVs to be affected by GST cess hike from today

Nearly 72 days after the government implemented the biggest tax reform in the country bringing car prices to a new low, the GST Council on Saturday hiked cess on mid-sized, luxury and SUV cars which is likely to raise car prices to pre-GST level. 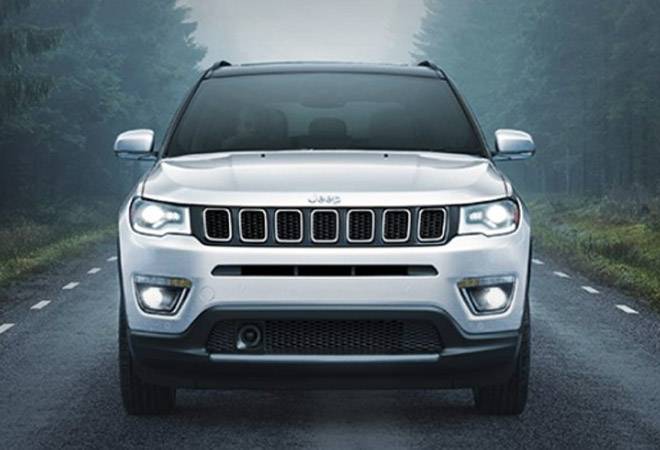 Nearly 72 days after the government implemented the biggest tax reform in the country bringing car prices to a new low, the GST Council on Saturday hiked cess on mid-sized, luxury and SUV cars which is likely to raise car prices to pre-GST level.

The GST Council voted for a multiple tax structure allaying fears of a flat 10 per cent hike in GST cess which was approved by the Cabinet.

The cess on mid-sized cars such as Hyunda Verna, Honda City, Volkswagen Vento, Maruti Ciaz, Toyota Corolla has been hiked by 2 per cent, taking the effective GST rate to 45 per cent. The cess hike on mid-size sedans has taken the tax incidence to a pre-GST level.

GST cess on large cars such as Mercedes-Benz sedans, Audi sedans, Jaguar XF has been hiked by 5 per cent, taking the total GST incidence to 48 per cent. Auto companies are likely to hike prices of these cars to maintain earlier margins after the cess hike.

Luxury cars such as BMW 3 series, BMW 5 series and BMW 7 series, Audi A3, Audi A4, Audi A6 and Audi A8 along with Mercedes C Class, E Class and S Class will now get more expensive by 5 per cent.

SUVs on the other hand, will see a cess hike of 7 per cent taking the tax incidence to 50 per cent. SUVs also attracted a 15 per cent cess earlier. SUVs like Mahindra and Mahindra Scorpio and XUV500, Renault Duster, Toyota Fortuner, Ford Endeavour to luxury ones like Land Rover Discovery, Audi Q3, Q5 and Q7, BMW X3 and X5, along with Mercedes GLA, GLC and GLS will all see prices going up by 7 per cent.

However, small cars which have a total lenghth of less than 4 metres and engine capacity of less than 1200 cc in petrol and 1500 cc in diesel did not see a cess hike.

Under the GST regime, cars attract the highest tax slab of 28 per cent and on top of that, a cess is levied. An ordinance was promulgated last week to hike the cess from 15 per cent to up to 25 per cent.

The companies said the constant changes in rates could lead to market instability and affect demand growth trends, expressing disappointment that the Council's decision "totally overlooked" their contribution to the industry and the economy.

"Following the ordinance on the GST amendment, we note the increase in the cess from 2-7 per cent on mid-sized, large-sized cars and SUVs. We see the prices of our products going up proportionately, which may nearly reflect the pre-GST scenario. However, we are ascertaining the real price impact on our models, given the cess hike," Toyota Kirloskar Motor Vice-Chairman and Whole-time Director Shekar Viswanathan said in a statement.

Mahindra and Mahindra MD Pawan Goenka said: "We are awaiting the exact definition of the categories. Whatever is the impact of the increased cess will reflect in the revised pricing from the effective date."

He further said: "We are grateful that the Council has very thoughtfully not raised the cess to the maximum level that had been enabled by the ordinance."

The Council has basically restored pre-GST relative excise duty differentials between the various categories of vehicles. The hybrid vehicle cess has not been increased, effectively giving these vehicles a 2-7 per cent cess relief, he added.

According to BMW Group India President Vikram Pawah, while the company welcomes the implementation of the Goods and Service Tax (GST) in India, immediate changes and increase of motor vehicles cess adversely affect stability and growth of the automotive industry in India.

Reacting to the hike in cess, Audi India Head Rahil Ansari said: "Even if the rumoured cess hike of 10 per cent was not concluded, the prices will go up again, which is disappointing. We will need to study the impact of this hike on the buyer sentiment."

He further said the taxes on the auto industry are already very high and "we expected the unfulfilled potential of this segment to increase after the implementation of GST and rationalisation of taxes".

Expressing similar views, Mercedes-Benz India MD and CEO, Roland Folger said: "The decision to increase the cess yet again is very unfortunate and totally overlooks the contribution we make to the industry and the economy."

Though the luxury car industry's volume contribution is very low, the value-wise share is much higher and that has immense potential to grow even more in future if there is "fair taxation", he said.

Jaguar Land Rover India President and MD Rohit Suri said, "While the increase in cess will impact consumer demand, investment and job creation, we are glad that the government and the GST Council took note of our concerns and somewhat moderated the increase in cess."

Married men must check this in life insurance policy, else it could all be a waste