TUV300 will take on the likes of Ford EcoSport and Renault Duster that are priced between Rs 7.88 lakh and Rs 13.54 lakh (ex-showroom Delhi). 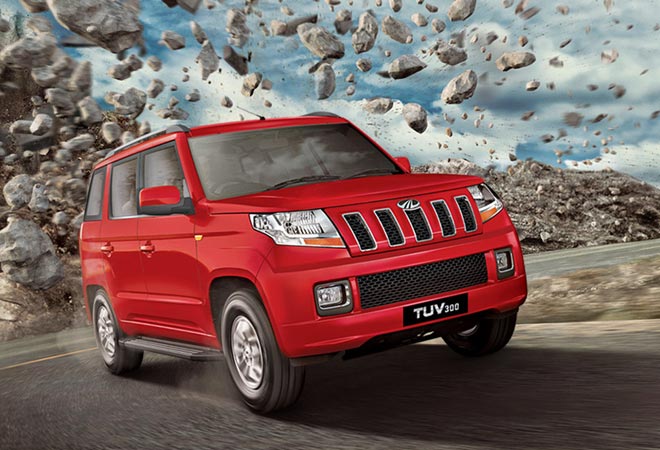 TUV300, which comes only with a diesel engine, is priced up to Rs 9.12 lakh for the top-end variant which showcases the AMT (auto gear shift) technology.

"The TUV300 embodies Mahindra's tough and rugged DNA which makes me confident that it will be a brand creator in its segment and find favour both in India and globally," M&M Group Chairman Anand Mahindra  said.

TUV300 will take on the likes of Ford EcoSport and Renault Duster that are priced between Rs 7.88 lakh and Rs 13.54 lakh (ex-showroom Delhi).

Besides, it will also compete with compact crossovers such as Toyota Etios Cross, Hyundai i20 Active and Fiat Avventura, which are priced in a range of Rs 6.23 lakh and Rs 8.89 lakh (ex-showroom Delhi).

Commenting on the production capacity, M&M Executive Director Pawan Goenka said the company has the capacity to produce 5,000 units of TUV300 a month.

Production capacity can be further enhanced depending upon the market demand, he added.

In the April-July period this fiscal, total utility vehicle sales in the country stood at 1,73,255 units, while that of M&M were at 62,558 units, translating into a market share of 36.1 per cent.

With TUV300, the company aims to strengthen its presence in the compact SUV segment. Quanto, another small SUV from the company's stable, has not been able to create considerbale presence in the market. M&M's forte has been in the bigger utility vehicles (UV) segment, with models such as the Scorpio and XUV500.