Maruti Suzuki S-Presso comes with a 1.0 litre K10 engine with BS-VI compliance and is sold through the Maruti Suzuki's Arena branded showrooms 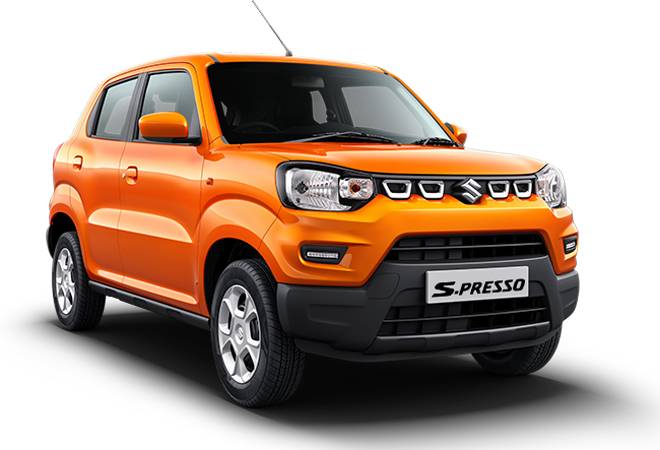 Maruti Suzuki's new offering S-Presso has become one of the 10 highest selling cars in the country within a month of its launch. The company said in an exchange filing that the company sold 10,634 units of the mini-SUV in October. Priced from Rs 3.69 lakh onwards, S-Presso was launched by Maruti Suzuki on September 30.

Shashank Srivastava, Executive Director of Marketing and Sales in Maruti Suzuki said in a statement, "Today, Indian buyers have a clear inclination towards feature-loaded, safe, comfortable and easy to own entry level cars. S-Presso has been able to carve out its own niche in the entry segment. S-Presso stands apart to offer unique experiences to its distinct customers in the segment. We are enthused with the response and thank our customers for their confidence in S-Presso."

The car comes with a 1.0 litre K10 engine with BS-VI compliance and is sold through the Maruti Suzuki's Arena branded showrooms.

S-Presso is available in four variants including VXI+ with Auto Gear shift. The hatchback is powered by a BS VI compliant 1.0-litre petrol engine tuned for 68 bhp power and 90 NM of torque. It is paired with a 5-speed manual and AMT gearbox options. Maruti claims it has a fuel economy of 21.7 kpl (as per ARAI standards). The car comes in six colour options including Solid Sizzle Orange and Pearl Starry Blue.

The Maruti Suzuki S-Presso was launched at a time when the entry-level mini segment was particularly badly hit. In the first five months of this fiscal, this segment witnessed a fall in sales by over 55 per cent for the company. However, within the first 11 days of the launch, Maruti Suzuki received 10,000 bookings for S-Presso.

The company stated that the car has been built on 'Suzuki's 5th Generation HEARTECT' platform and is compliant with all the latest Indian safety regulations including frontal offset crash, side impact and with pedestrian safety.