Magnite's performance is a strong indicator of the things to come with respect to the automobile industry, especially because the post-festive period generally witnesses a cooling off in sales. 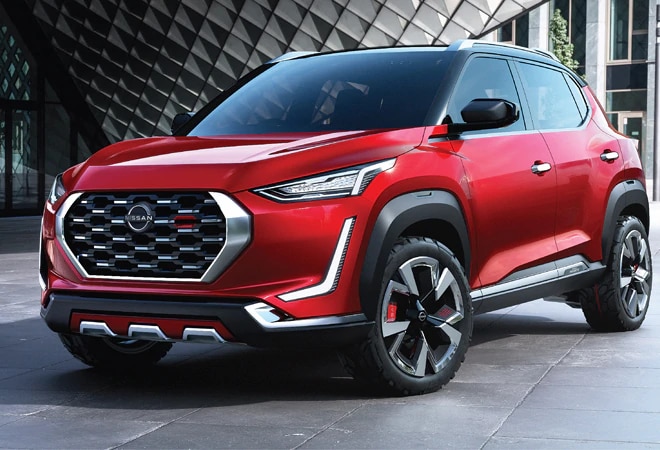 After finally being launched on December 2, the Nissan Magnite seems to have had a great headstart in its quest to challenge other vehicles in the sub-compact SUV segment.

In the first five days after launching the Magnite, Nissan received 5,000 bookings for the vehicle, as well as over 50,000 enquiries.

With the Magnite, Nissan aims to give competition to cars like the Kia Sonet, Hyundai Venue, Maruti Suzuki Vitara Brezza, Tata Nexon, Mahindra XUV300, among others. To put this reception of the Magnite in perspective, Kia had received 6,500 bookings for Sonet in the first day of pre-launch bookings being opened. Having said that, Magnite's performance is a strong indicator of the things to come with respect to the automobile industry, especially because the post-festive period generally witnesses a cooling off in sales.

Priced competitively starting from Rs 4.99 lakh, the Japanese carmaker has revealed that 60 per cent of the bookings are for the top two variants of the vehicle. In addition, Nissan also revealed that 40% of all bookings took place through the use of digital channels.

The top two variants - XV and XV Premium - of the Magnite include a turbo engine and a CVT transmission option, while the XV Premium (O) Dual Tone model maxes out at Rs 9.59 lakh (ex-showroom price).

It is important to note that the introductory price of Rs 4.99 lakh is valid until December 31, post which it would be revised to Rs 5.59 lakh for the base model. Even after the revision goes through, Magnite would remain the most affordable vehicle in the sub-compact SUV segment.

In a unique move, Nissan is offering a Tech Pack at Rs 38,698, which includes features like puddle lamps, air purifier, wireless charging, and more. This pack can be claimed for upgrades in the models including and following the XV grade in the 1.0L B4D Petrol MT version, the price for which starts at Rs 6.68 lakh (ex-showroom). The Tech Pack puts in features like an air purifier, puddle lamps, ambient light, wireless car charging, premium speakers, among others.

Nissan has pegged the Magnite to be its redemptive automobile in the Indian market. While the pricing makes the car attractive and lucrative, Nissan will have to work to expand its sales and post-sales network in the country as well.