These charging points would be a combination of high-speed Ola Hyperchargers that will be capable of charging its scooters to 50 per cent in just 18 minutes for a 75 km range, and the home-charger that will come bundled with the Ola Scooter 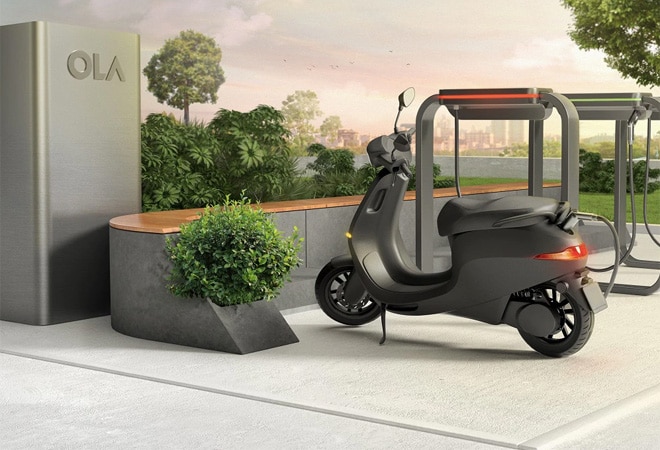 Ola Electric, the ambitious foray into electric mobility by Bhavish Aggarwal, on Thursday announced it would set up a hypercharger network to support its upcoming two wheelers in the next few months. To begin with, Ola plans to set up over 5,000 charging points across 100 cities in the country, which would ultimately be ramped up to 400 cities and 1 lakh points.

These charging points would be a combination of high-speed Ola Hyperchargers that will be capable of charging its scooters to 50 per cent in just 18 minutes for a 75 km range, and the home-charger that will come bundled with the Ola Scooter. The company said the target of 5,000 charging points is for the first year itself, which it claims is more than double the existing charging infrastructure in the country. It did not give a timeline for when it intends to spread to 400 cities and 1 lakh charging points, nor did it specify the investment it is making towards this.

"Electric is the future of mobility and we are reimagining the entire user experience of owning an electric vehicle," said Bhavish Aggarwal, Chairman and Group CEO, Ola. "Our plans to build a comprehensive charging network is a key piece of this. By creating the world's largest and densest 2-wheeler charging network, we will dramatically accelerate the customer adoption of electric vehicles and rapidly move the industry to electric."

The company's Hyperchargers will be widely deployed across cities -- in locations like city centers and dense business districts as stand alone towers, and malls, IT parks, office complexes, cafes and more. It is being built by Ola along with partners. Alongwith this the home charger that will come bundled with the scooter will require no installation. Ola said access to its hypercharger network would be restricted only to its customers.

Late last year, the company, which is backed by SoftBank, said it is investing Rs 2,400 crore in the world's largest electric scooter factory in Hosur in Tamil Nadu which will have an initial annual capacity of 2 million units. The factory will eventually churn out 10 million scooters every year. For the sake of context, India's two wheeler industry today comprises predominantly 15 million motorcycles and scooters that run on petrol. The biggest player in the market -- Hero MotoCorp, has an annual capacity to produce 11.6 million units. In fiscal 2021, electric two wheeler sales in comparison stood at only 143,837 units.

Aggarwal believes all of that will change once his scooters hit the roads. In the middle of last year, the company had acquired Dutch startup Etergo BV, which is believed to provide the basic platform for its products.

"Our scooters are tech-driven electric vehicles with industry leading range and speed. It will offer the customer best-in-class performance and experience," he says. "I cannot tell you the price right now. You have to wait for a few months for that. But we are very confident of our plans which are based on consumer feedback. Customers will love our end-to-end ownership experience," he added.