Renault Triber launched: The car gets a host of features like an 8.0-inch touchscreen infotainment system, Apple CarPlay and Android Auto smartphone connectivity, Auto climate control, among others 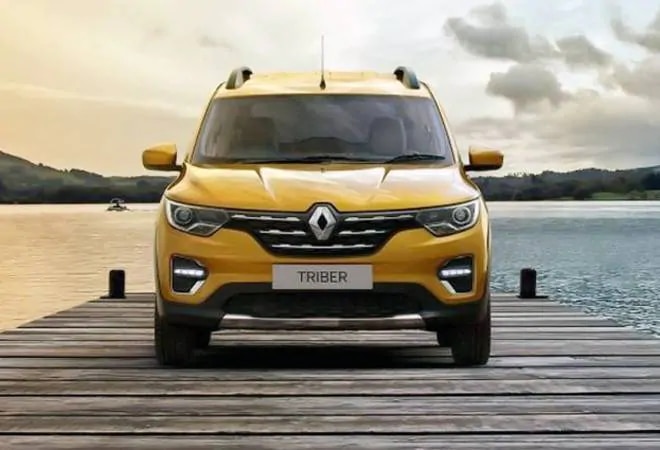 French carmaker Renault on Wednesday launched a sub 4 metre seven seater MPV Triber at Rs 4.95 lakh and Rs 6.49 lakh across four variants in India. Based on a revamped version of the company's entry level hatchback Kwid's CMFA platform, it gets Kwid's 1 litre three cylinder petrol engine that has a peak power output of 71 bhp and torque of 96 NM. The Triber will compete directly with alliance partner Nissan's sub brand Datsun's Go+.

"India is the first country to get the Triber globally as it was specifically designed for India between teams in India and Paris. This speaks about the importance of this market in our global landscape," said Venkatram Mamillapalle, chief executive officer and managing director, Renault India. "The Indian market is in a tight spot right now but we see opportunities to go down a new route. Our global expertise and strong business plan will help us in charting this new course. In 2018, for fourth consecutive year we were number one European car maker in India."

India's taxation for cars is skewed in favour of those that are less than 4 metres in length and have engines smaller than 1.2 litre in petrol and 1.5 litre in diesel. Beyond hatchbacks, manufacturers have experimented with bodystyles including sedans and utility vehicles in tis segment with contrasting outcomes. While compact sedans like Maruti Dzire and Honda Amaze have become bestsellers, compact utility vehicles have found few takers. With the Triber though, Renault is hoping to double its sales by 2022.

"India is a key market for Groupe Renault. We are still young to India, yet our ambitions are high; we aim at doubling our sales by 2022," Bollore had said at the time of unveiling the car in June 2019. "For that reason, we are bringing Renault Triber, another breakthrough concept, targeted for India's core market. It is a real game changer."

The French carmaker entered the Indian market in 2008 and like most new entrants it has not found the going easy in the market. After initial hiccups, it tasted success with Duster, the first compact SUV in India followed by the Kwid in 2015. It has not been able to maintain the momentum though and every annual sales increase has been followed by a steep decline in the next year. In fiscal 2018-19, the company sold less than 80,000 units in India, down 22 percent over fiscal 2018. It had a market share of 2.3 percent.

Like market leader Maruti Suzuki, Renault has also announced plans to completely exit the diesel market after April 2020 once the stricter BS VI emission norms come into effect. The Renault Nissan alliance is at the fore front of the EV revolution in the world, Nissan Leaf is the largest selling EV globally, but the companies are yet to chalk out a concrete plan of introducing electric powered vehicles in India.