As the official vehicle, the Tata Harrier will be showcased around the tournament and will also be a part of the IPL Trophy Tour which will cover several major Indian cities. 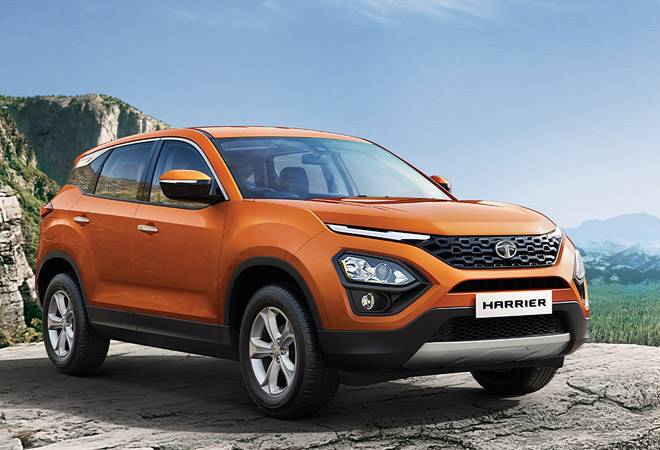 Tata Harrier will be the official car of IPL 2019 in the second year of Tata Motors's association with the tournament.

Continuing its association with the Board for Control of Cricket in India (BCCI), Tata Motors has announced that its Harrier will be the official car for the Indian Premier League 2019. This is the second year that Tata Motors is among the official partners of IPL, which begins on March 23. As the official vehicle, the Tata Harrier will be showcased around the tournament and will also be a part of the IPL Trophy Tour which will cover several major Indian cities.

Tata Motors will host the Harrier Super Striker Awards for each match, where the best striker of the match will win a Harrier Super Striker Trophy and a cash prize worth Rs 1 lakh. Also the batsman with the highest strike rate in the tournament will be awarded a Tata Harrier SUV. For the fans in the stadium, Tata Motors will host engagement activities like Harrier Fan Catch, where anyone who takes a single-handed catch will be given Rs 1 lakh.

"After a successful association last year, it is only fitting for Tata Motors that our premium SUV, Harrier, should be the Official Partner of one of the biggest sporting events across the world. We have elaborate plans to capture the audience's attention in-stadia, on-air and across digital platforms, and hope to drive tremendous value from this association yet again," said Mayank Pareek, President, Passenger Vehicle Business Unit, Tata Motors.

Launched in January earlier this year, Tata Harrier is based on the company's H5X concept and comes with a fresh take on design with company's Impact 2.0 design philosophy. The five-seater SUV has been based on the Optimal Modular Efficient Global Advanced Architecture or Omega Arc platform derived from the Land Rover's D8 architecture. This makes it the first time that Tata Motors has incorporated elements from Land Rover vehicles in its own. A seven-seater avatar of the Harrier with a longer wheelbase is also in the cards.

The motor used in the new Tata Harrier is a 4-cylinder 1,956cc Kryotec 2.0-litre Turbocharged engine which can dish out 130bhp of top power at 3,750 rpm and 350Nm max torque at 1,750-2,500 rpm. The powerhouse is matched with a 6-speed manual transmission. Also the Tata Harrier will have five colour options, namely Orcus White, Telesto Grey, Ariel Silver, Thermisto Gold and Calisto Copper, depending on the variant you select.

The new Tata Harrier will be launched in four trims with diesel engines only, namely XE, XM, XT and XZ. While the base XE variant has been priced at Rs 12.69 lakh, the top end XZ variant will come with a price tag of Rs 16 lakh.