Llistosella succeeds Guenter Butschek, who expressed his desire to relocate to Germany after his contract comes to an end, citing personal reasons, the company said in a regulatory filing 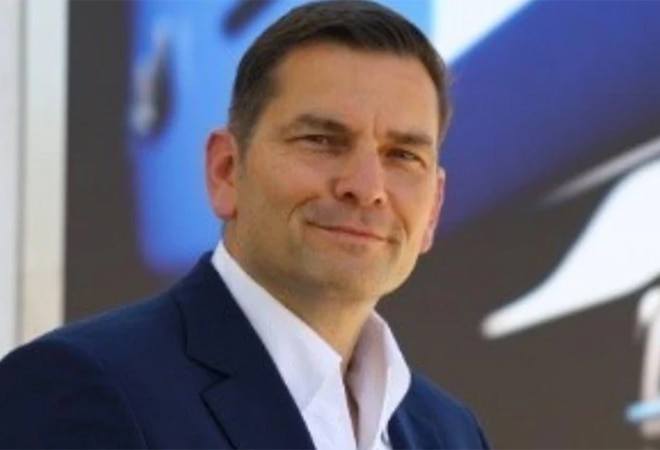 Auto major Tata Motors has appointed Marc Llistosella as its Chief Executive Officer and Managing Director with effect from July 1, 2021. Llistosella succeeds Guenter Butschek, who expressed his desire to relocate to Germany after his contract comes to an end, citing personal reasons, the company said in a regulatory filing on Friday. Butschek will continue as the CEO and MD of the carmaker till June 30, 2021.

Llistosella is the former President and CEO of Fuso Truck and Bus Corporation and Head of Daimler Trucks in Asia.

"I am delighted to welcome Marc to Tata Motors. Marc is an experienced automotive business leader with deep knowledge and expertise in commercial vehicles over his illustrious career and has extensive operational experience in India," Tata Motors Chairman N Chandrasekaran said.

Marc will bring this experience to take the Tata Motors'' Indian business to even greater heights, he added.

Commenting on his appointment Llistosella said, "Having been bonded to India for so many years, a new exciting chapter is now opened. We would jointly awaken the potential of Tata Motors".

The auto major said Butschek had informed his desire to relocate to Germany at the end of the contract for personal reasons.

He, at the request of the Tata Motors board, has agreed to continue as CEO and MD till June 30, 2021, the auto major said.

"I would like to thank Guenter for leading Tata Motors successfully over the last five years," Chandrasekaran noted.

Llistosella is currently on the board of Swedish transport company Einride and prior to that, he was associated for a long time with Daimler Trucks.

He was the President and CEO of Mitsubishi Fuso Truck and Bus Corporation during 2015-2018, where he worked on improving the profitability and sales potential of the business.

In 2008-2014, he was based out of India as the Managing Director and CEO of Daimler Commercial Vehicles India, where he built a greenfield organisation and business unit to develop, produce and sell trucks, and launched BharatBenz in 2012 and made it a successful brand in a short period of time.

Tata Motors had roped in Butschek, former Airbus Chief Operating Officer, as its Managing Director and chief executive of local operations, in 2016, filling up the positions left vacant after the death of Karl Slym in January 2014.

Since then, he has been on a mission to turn around the domestic business of the homegrown auto major, which was bleeding.

In 2017, Tata Motors announced its turnaround plan for its domestic business with a special focus on the ailing commercial vehicles business. It shifted focus to ''Turnaround'' from its earlier strategy of ''Transformation''.

Subsequently, in 2017-18, the company was able to improve its sales significantly.

In its Turnaround 2.0, Tata Motors has focussed on the passenger vehicle business. The company is currently in the process to hive off the PV unit into a separate entity and is seeking a strategic long-term partner.

(with inputs from PTI.)

Will write to CMs to incentivise bio-CNG tractors: Nitin Gadkari