Tesla nears $500 billion! Higher than combined m-cap of Ford, BMW, and 7 other automakers As of November 23, Tesla's m-cap was recorded $494.66 billion, according to data by YCharts. Whereas, the combined market cap of one of the world's top-9 carmakers was recorded as $480.62 billion. 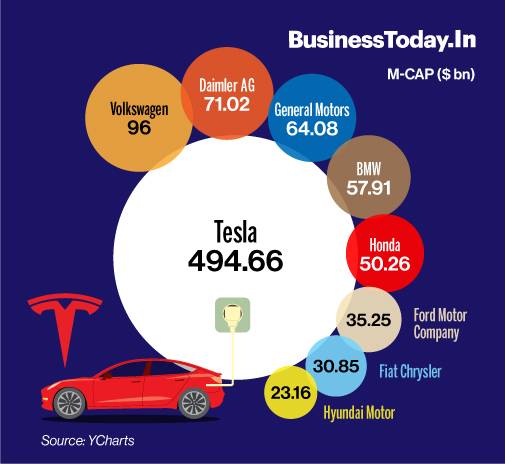 As of November 23, the combined market value of one of the world's top-9 carmakers was recorded as USD 480.62 billion.

Meanwhile, Tesla Inc's founder Elon Musk emerged as the world's second-richest person, surpassing Bill Gates, after its net worth swelled to $127.9 billion. He is just behind Amazon chief Jeff Bezos who boasts $182 billion in net worth.