Toyota's Bidadi plant employs over 6,500 workers. The plant, spread across 432 acres, has a production capacity of 3.1 lakh vehicles per year. Firm produces cars like Innova, Fortuner and Camry, at Bidadi plant 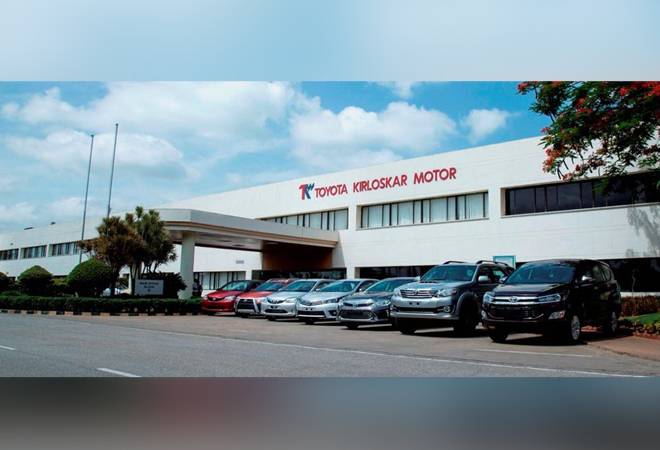 Lockout of factory will hamper production at the plant.

Toyota Kirloskar Motor Ltd has locked out its manufacturing facility in Bidadi, Bengaluru after workers' union went on a strike over suspension of a staff. The company has clarified that the worker concerned was fired after a series of instances where he was found violating factory discipline, and that he had a "record of misconduct".

Toyota's Bidadi plant employs over 6,500 workers. The plant, spread across 432 acres, has a production capacity of 3.1 lakh vehicles per year. The Japanese company unit produces cars like Innova, Fortuner and Camry, among others, at the Bidadi plant.

Also read: Toyota to double its full-year profit projection to over $9.7 billion

The employee concerned, who was found to be violating the company policies, has been placed under suspension for now and an inquiry has been launched to probe the matter, a company spokesperson quoted by Mint said. He said he was involved in the breach of discipline and unacceptable behaviour, which goes against the policies of the company.

The current lockout of the factory will hamper the production at the plant, days after the company had a sigh of relief as sales saw revival post-Covid-19 curbs.

Meanwhile, workers' union's vice-president Pradeep N said treasurer Umesh Gowda Alur was speaking to workers regarding their grievances inside the factory when he was placed under suspension. He said all charges against the employee concerned are "made-up". The union has 3,460 employees of the company as its members. The union members are now protesting outside the plant as they were asked to vacate the office premises on Monday.

Compensate adequately or see us in court: Dealers to Harley-Davidson

Cash-strapped BSNL to start service in Delhi, Mumbai from January 1