Triumph Motorcycles is planning to venture into the used bike space in India, which might reduce the entry price point for its models by 50 per cent 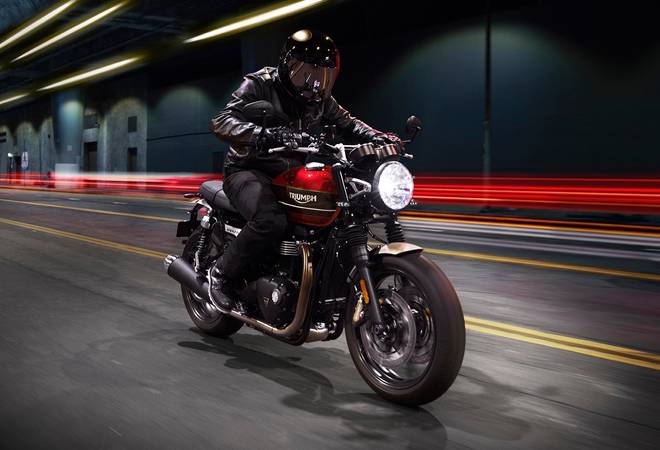 Triumph Motorcycles might enter the used bike space in India within two-three months.

British motorcycle manufacturer Triumph is reportedly planning to launch its used vehicle programme in India within two-three months. The company runs a used bike service called Approved Triumph Pre-Owned Motorcycle programme in its home market, and the same might be brought to India. Reports suggest that Triumph might also bring financing options for the refurbished superbikes it will sell through this programme.

Recently, Triumph Motorcycles launched the new Speed Twin in India at Rs 9.46 lakh. The 2019 Triumph Speed Twin has the same 1200cc liquid-cooled parallel-twin engine as the Thruxton R, but it weighs 2.5kg less due to use of lightened engine covers, magnesium cam covers and new clutch assembly. The motor is capable of producing 96bhp of max power at 6,750rpm along with a maximum torque output of 112Nm at 4,950rpm.

The engine on the new Triumph Speed Twin is paired with a six-speed manual gearbox. The motorcycle also gets three riding modes, sport, road and rain.