Maruti is not alone in deciding to exit the diesel market. French carmaker Renault and European auto giant Volkswagen Group that sells cars under the Skoda and Volkswagen brands have also said that they will not sell diesel cars from April onwards 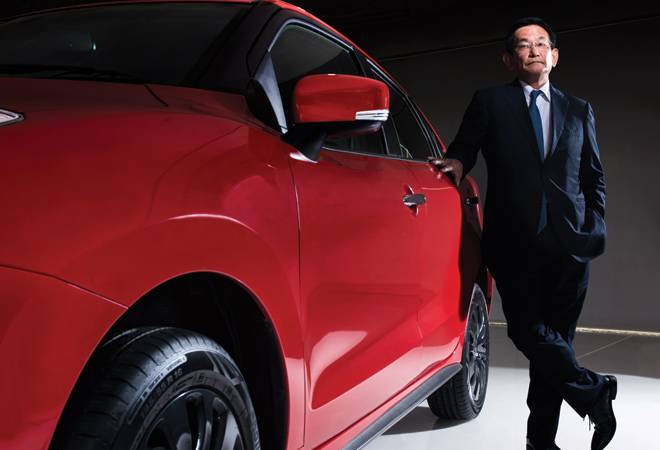 While the debate rages on whether smaller diesel cars would have a future when the more stringent BS VI emission norms kick in from April this year, India's largest carmaker Maruti Suzuki said many manufacturers are taking a strategic call on pricing of BS VI diesel cars but it would see how long they can hang on to it.

In April last year, Maruti sent shockwaves in the industry when it announced it would stop making diesel cars from April 2020. The onset of the new norms is particularly significant for diesel cars where the cut down on emissions is bigger but the subsequent increase in cost is likely to make at least smaller diesel cars less affordable. Share of diesel cars that had at one point of time crossed 50 per cent of overall car sales, has declined to less than 25 per cent in recent months as the price differential between petrol and diesel fuel has narrowed.

Maruti had said post BS VI rollout cost of smaller diesel would go up to Rs 1 lakh that would make them far less attractive than petrol versions. Its decision was based on this assumption, but competitors such as Hyundai, Ford and Honda that remain committed to offering diesel cars have increased prices of BS VI diesel cars over their BS IV versions by a low Rs 13,000 to a maximum Rs 51,000.

"There is no change in our stance towards diesel. We have stopped making BS IV cars and are no longer making diesel cars. How other manufacturers manage this transition depends on their strategy in pricing. We respect that but let us see for how long they can maintain that," says Kenichi Ayukawa, managing director and CEO, Maruti Suzuki India Ltd.

Diesel was a significant part of Maruti's portfolio and some of its best selling cars including Dzire, Swift, Vitara Brezza and Baleno were powered by its 1.3 litre engine. The Brezza, the country's best selling SUV was in fact offered only with the diesel engine. At the Auto Expo, the company unveiled the new version of the car with a BS VI compliant 1.5 litre petrol engine. It will hit the roads only by the end of this month but would no longer qualify for the lowest GST slab for automobiles of 28 per cent due to the bigger petrol engine. The new Brezza would now attract a GST of 43 per cent.

"The share of diesel cars is already falling. We believe it will shrink further after the new emission norms. For smaller vehicles, the share would be so small that it does not make sense to invest. We will offer other alternatives like superior petrol variants, CNG and hybrids and should be able to recover some of the share we have today in diesel," he said. "But we will be observing closely. If there is still demand for diesel cars in the market then we will look at the possibility of making them."

Maruti is not alone in deciding to exit the diesel market. French carmaker Renault and European auto giant Volkswagen Group that sells cars under the Skoda and Volkswagen brands have also said that they will not sell diesel cars from April onwards. Others, however, sense an opportunity to gain market share in the void being left behind by the exit of Maruti.

"Even after BS VI, diesel would account for at least 20 per cent of overall sales. In categories like SUVs, it will be even higher almost up to 40 per cent. Maruti's decision is good for us," said a senior executive with a rival firm. "We are taking a bet. Our margins maybe hit on a per car basis but if we sell much more diesel cars than what we were doing in the BS IV era, then it may not be a bad thing. This is a free opportunity to snatch some share from the market leader which is otherwise a tough thing to do."