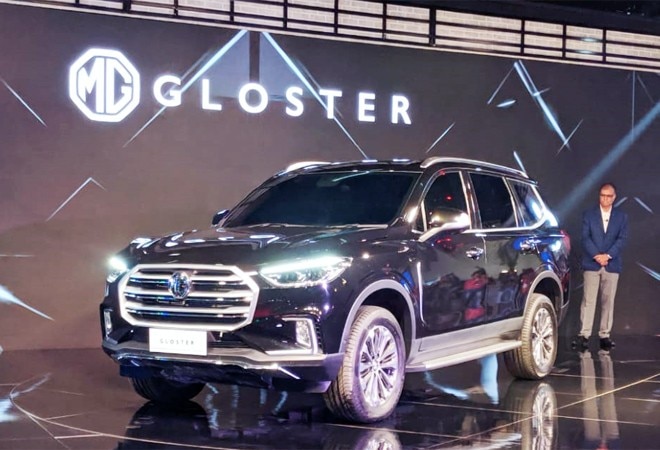 Morris Garage has unveiled its third offering for the Indian market at the ongoing Auto Expo 2020. The company has revealed the much-awaited MG Gloster, a full-size, three-row sports utility vehicle already available in China as Maxus D9. Both Maxus and MG are owned by China-based SAIC. MG Gloster will be the biggest SUV marketed by MG and will be its flagship offering in India.

Measuring more than 5 metres in length, the MG Gloster will take on the like of Toyota Fortuner, Ford Endeavour and Mahindra Alturas. MG has also changed the way Gloster looks for Indian markets, while retaining the imposing design language of Maxus D9. The front has a large three-slat grille placed in an octagonal frame, all done in chrome. It is flanked by LED DRLs sitting above slim headlamps. There are chrome bits around the fog lamps too. The back of MG Gloster is clean with a chrome strip above the number plate and huge 'Gloster' lettering in chrome at the bottom end. The MG Gloster runs on 19-inch alloy wheels, shod in 255/15 R19 Continental tyres. On the inside, the MG Gloster has lots of space to offer in all three rows. The interior is expected to be done in premium material with leather upholstery. While exact features have not been disclosed, the MG Gloster is likely to come with adaptive LED headlights, LED DRLs, gesture controlled tailgate, heated wing mirrors, panoramic sunroof, three-zone automatic air conditioning, 8-inch instrument cluster display and a 12.3-inch touchscreen infotainment system. Similar to the Hector, the Gloster is also expected to get the connectivity features. 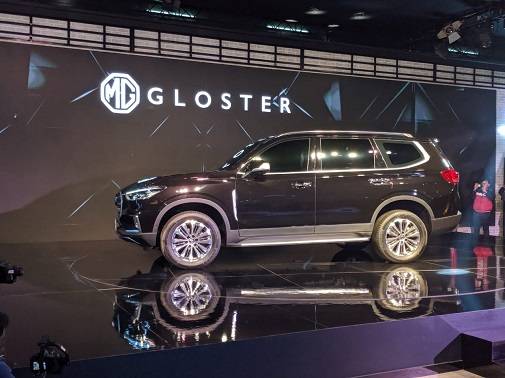 Click here to Enlarge
As for the engine, the MG Gloster is expected to feature a 224hp, 2.0-litre, turbo-petrol engine, coupled with a 6-speed manual or a 6-speed automatic gearbox. MG might also develop a 218hp, 2.0-litre twin-turbo diesel engine married to an 8-speed automatic transmission.

The MG Gloster is expected to be launched later in 2020 or early 2021. Prices might begin from Rs 45 lakh, placing the vehicle in premium SUV category.