Airlines have been given flexibility to book middle seats - they have to be kept empty as much as possible, but not on flights with high demand; and these recommendations don't matter if family members are sitting next to each other 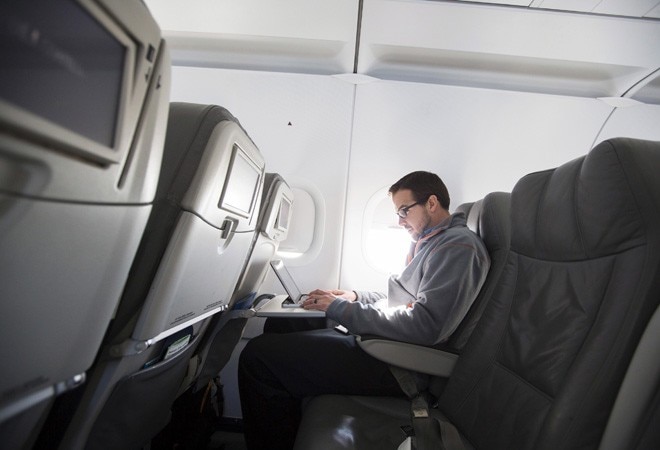 On June 5, an expert committee formed by the Ministry of Civil Aviation submitted its report to Bombay High Court, which is hearing a PIL filed by an Air India pilot over occupying middle seats in aircraft. The committee, headed by Civil Aviation Secretary Pradeep Singh Kharola, said that the COVID-19 cannot be transmitted by merely touching an infected person. The committee noted that the infection could spread only if a non-infected person touches a droplet from the sneeze or cough of the coronavirus carrier.

ALSO READ: How IndiGo is turning Covid crisis into an opportunity

Fair enough! But there's a problem with this justification. Just five days ago, the ministry's regulatory arm Directorate General of Civil Aviation (DGCA) had issued a conflicting circular that stated that airlines should keep the middle seats empty as far as possible. And if there's a high demand for a particular flight, there's no need to keep middle seats empty but airlines should provide extra protective equipment (PPE kits) to the passengers occupying those seats.

Let's understand with an example. If SpiceJet is getting 80 per cent load factors on its Delhi-to-Mumbai flights, it should be allowed to book middle seats, and in a way, risk the safety of its passengers. On the other hand, if the Mumbai-to-Delhi flights are flying at just 20 per cent load factors, the airline should become wary of the virus spread.

If this sounds bizarre, the regulator took an even stranger stance in the same circular when it suggested that these recommendations are not applicable if family members are sitting on adjacent seats.

If the government thinks that the middle seats are risky - which is why they recommended keeping them empty as far as possible - then why not keep them empty on all flights irrespective of the demand scenario.

Giving such flexibility to the airlines also points out to the fact that the government is more worried about the economics of the airlines than the safety of the flyers - an observation made by the Supreme Court in its May 25 order on the related matter.

As such, protective gowns don't cost much: about Rs 200 apiece. In the recent earnings call, IndiGo's president and COO Wolfgang Prock-Schauer said that additional safety protocols such as protective gowns doesn't substantially change the cost structure of the airline. He also noted that if at all costs have risen, it's because the airline needs 10-15 per cent more staff at the airport to handle safety protocols.

So far, the government has had a wavering stand on the issue. For instance, in a March 23 circular, the Civil Aviation Ministry directed airlines to keep middle seats empty on international flights. In any case, the sale of middle seat tickets is in contradiction to the Ministry of Home Affairs (MHA) guidelines that mandates a minimum distance of 6 feet between individuals in public places.

Over the past few weeks, airline bosses have been busy telling people that flying is one of the safest modes of transportation in the wake of coronavirus pandemic. Their aircraft are equipped with HEPA filters that renew the cabin air in every two-three minutes. In the absence of a detailed study, it's too early for the government to be certain on the risk factors, and hand over the responsibility to commercial entities.