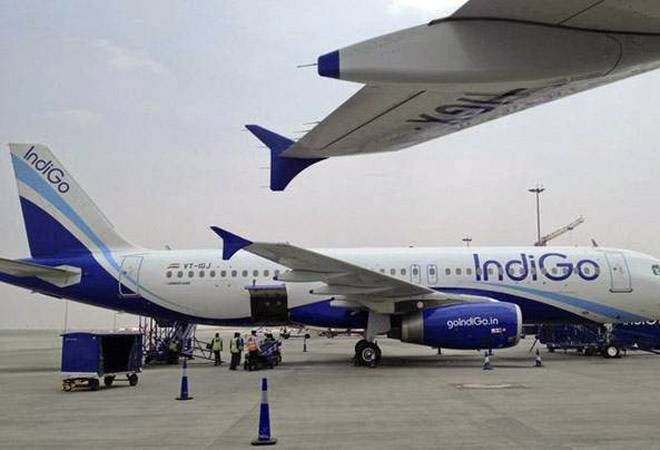 The Directorate General of Civil Aviation (DGCA) on Monday directed IndiGo to ground an old A320neo family aircraft with an unmodified Pratt and Whitney (PW) engine each time it inducts a new A320neo plane into its fleet.

The aviation regulator said that the IndiGo's efforts to modify the PW engines installed on A320neo aircraft were inadequate.

This instruction has been given in order to avoid cancellation of flights on a large-scale from January 31 onwards.

DGCA gave the directive to the airline to comply with the January 31 deadline to replace all unmodified PW engines on its A320neo aircraft or face the grounding of planes.

The PW engine-powered A320 neo planes in the fleets of IndiGo and GoAir have been facing glitches both mid-air and on-ground since their induction way back in 2016.

"Efforts undertaken by IndiGo to replace all unmodified PW engines on its 97 A320neo family aircraft by January 31 next year -- as per the previous instructions of the DGCA -- do not "instil enough confidence with regard to the timely completion of the said task", a senior official of DGCA told PTI.

The regulator was afraid that from January 31 onwards, it would have to ground many IndiGo planes as they would be left with unmodified PW engines, leading to multiple flight cancellations across the country, the official said.

The regulator's Monday directive is likely to affect the low-cost carrier's expansion plans as it would have to deploy each new A320neo plane, which was joining its fleet from here onwards, on the routes that would be vacated due to grounding of an unmodified A320neo plane.

"Now onwards, every aircraft that is added to the existing fleet, shall lead to one of those with unmodified engines to be grounded... the new aircraft may be operated on the same schedule as was being operated by the aircraft, which will be grounded," the official said.

"Simply put, the new aircraft will slip into the role of one existing aircraft with unmodified engines...The grounded aircraft can be allowed a fresh schedule once its PW engines are replaced," a senior Directorate General of Civil Aviation (DGCA) official told the news agency.

On November 1, the DGCA had told IndiGo to replace PW engines under both wings of 97 A320neo family aircraft "at all costs" by January 31 or they would be grounded.

The November 1 directive had come after the airline faced four mid-air engine malfunctions in A320neo planes in the last week of October, which "caused a serious concern and resultant disruption", according to the regulator.

The DGCA official said on Monday, "If left unaddressed, we may find ourselves in a situation in which we remain saddled with a large number of aircraft with unmodified engines and operating on a schedule approved by us. We are left with the only option i.e. to ground them on January 31, 2020."

If the DGCA exercises this option, "large scale disruptions with its attendant consequences" shall follow, the official added.

"IndiGo is working with PW and Airbus to adjust inflow of LPT (low-pressure turbine) 3rd stage modified engines to meet the DGCA guidelines," the airline said.

The budget carrier was asked to present a "complete action plan" on November 25 on how it would procure and replace PW engines on all 97 aircraft by January 31, said the DGCA official on Monday.

However, the budget carrier made it clear that the choice of engine manufacturer for this order would be made at a later date.