"Jet Airways has cancelled all their flights from Abu Dhabi with immediate effect from March 18 due to operational reasons," Etihad Airport services said in a notification to its passengers Sunday. 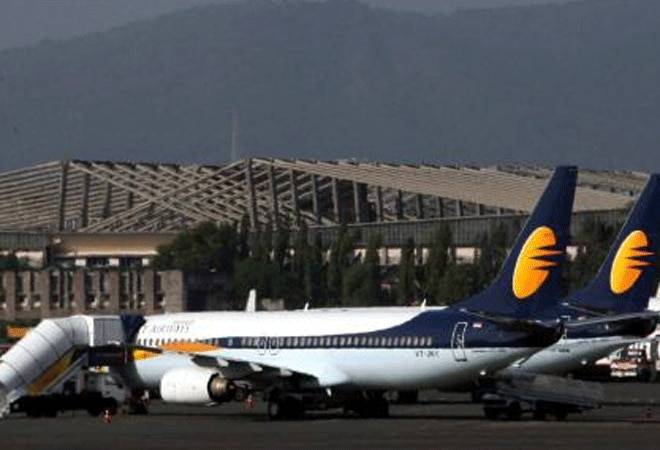 Cash-strapped Jet Airways has grounded its operations at Abu Dhabi Airport from today for an indefinite period, citing operational reasons.

Abu Dhabi is one of the two international hubs of Jet Airways. Dutch capital Amsterdam is the European gateway for the airline for its operations to Europe and beyond.

"Jet Airways has cancelled all their flights from Abu Dhabi with immediate effect from March 18 due to operational reasons," Etihad Airport services said in a notification to its passengers Sunday.

"Further to the short notice of flight cancellation, (Abu Dhabi) hub may face minor disruption)," the company said in the statement.

Responding to PTI queries on the cancellation of its operations from Abu Dhabi, the airline in a statement said, " Jet Airways has pro actively taken certain adjustments to its flight schedule keeping in mind the likely yet interim non-availability of some aircraft in its fleet in the foreseeable future."

Jet Airways has also informed the regulator directorate general of civil aviation and the passengers about these changes, it added.

Jet Airways has been looking at various ways to raise funds amid acute liquidity crunch that has forced it to ground aircraft, cancel flights in large numbers, shutdown stations and delay salary payments to its pilots and engineers along with other senior staff.

On March 8, Jet Airways Chairman Naresh Goyal wrote to Etihad Airways Group CEO Tony Douglas that Jet has sought an urgent funding of Rs 750 crore from its equity partner Etihad. He said that the airline is in a "very precarious" position, which has only worsened following the grounding of 50 of its planes.

It has already defaulted on an ECB payment earlier this week but is servicing its domestic debt.

The Jet Airways board had on 14 February approved a bailout plan whereby the lenders led by the State Bank of India (SBI) would become the largest shareholders in the airline by converting the airline's debt into equity at a nominal price of Re 1.

The Jet Airways bailout plan was approved by the shareholders on 21 February.

Also read: Jet Airways may default on another tranche of $109 million loan to HSBC