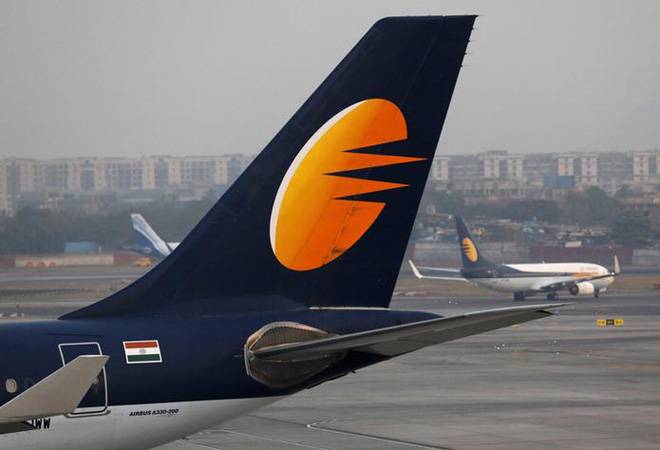 Finance Minister Arun Jaitley has assured to look into cash-strapped Jet Airways' issues that have forced the airline to halt operations temporarily, its chief executive Vinay Dube said on Saturday.

At least one month's salary needs to be paid to the employees to retain them, Dube said, speaking to reporters later.

"To keep them where they are and to give them hope we need to pay them at least a month's salary or more. The finance minister has assured us to look into that," Dube said after the meeting.

Jet Airways that ceased all operations on Wednesday, has not paid to its entire staff for March. Jet would require around Rs 170 crore to clear at least one month's salary of its employees, Dube stated.

During the meeting which lasted for more than an hour, the Jet CEO also said that competition in the aviation sector is "important" and requested the Union Finance Minister to ensure an "open, transparent and efficient" bidding process.

The Jet Aircraft Maintenance Engineers Welfare Association (JAMEWA) also submitted a representation to Jaitley, saying "the airline is sinking for want of funds and taking away the livelihood of 23,000 people".

Also read: Here is how the new owner should fix Jet Airways

It said the grounding of the carrier has affected not only the airline's employees but others as well, such as the passengers who are not only stranded across airports but are also paying much higher price for the flights due to a sharp spike in air fares.

Shops in retail areas of airports are facing a "lull", it said.

"We explained to the finance minister the prevailing situation at the carrier. We told him that the bidding process has to be expedited and funds need to be infused. Jaitley agreed with our demand on the sale process and also said that he will talk to the banks," said Aseem Valiani, vice president of the National Aviator's Guild (NAG), which represents around 1,000-odd pilots of Jet Airways.

Valiani said that in their meeting with Kharola at Rajiv Gandhi Bhawan (which houses the civil aviation ministry) earlier in the day, the management sought six-months' credit line with oil companies and extension of payment window to airport operators.

Earlier this month, SBI Caps, on behalf of the lenders, invited bids for selling upto 75 percent stake in the airline.

"We also sought two months' fuel credit for the airline," he said.