Commoners, actors, politicians, sports people and corporate heads have expressed concerns over the fall of India's most admired private airline 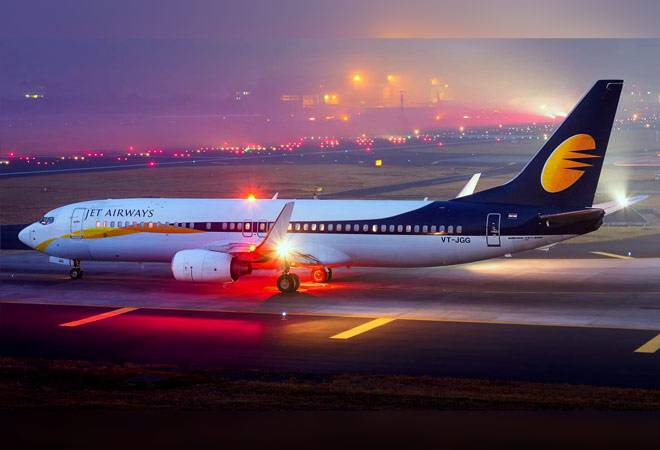 Social media has shown immense solidarity over the past couple of days for the 16,000-odd Jet Airways employees who have lost their jobs now that the carrier is grounded. Commoners, actors, politicians, sports people and corporate heads have expressed concerns over the fall of India's most admired private airline. Lunchtime discussions in most offices these days have centred around people's experience with Jet Airways over the last 26 years. Quite a few people on social media platforms have offered to hire Jet's staff if they are keen on a change of career from aviation to other sectors. Brand Jet Airways undoubtedly has a huge amount of emotive appeal.

If the debt-laden airline gets a second lease of life, it does have an entire bunch of loyal consumers who will happily switch their allegiance back to Jet, provided its new investors get a few things right. Jet Airways, known for its globally acclaimed premium service, should stick to that promise. The beleaguered airline has been tampering with that promise for the last many years. It began with the airline's investment in Air Sahara, through which it entered into the value segment to compete with the likes of IndiGo and Spice Jet. That was the first sign of the brand's erosion as the consumers were confused as to what Jet Airways stood for. Many of its pampered customers could not digest the fact that they had to pay for Jet's on-board hospitality on certain flights and did not hesitate to move to other low cost options such as IndiGo that promised on-time arrivals and departures. "The biggest mistake that Jet Airways made was it clubbed its premium and value-offering under the same brand. They should have created a separate value brand," says Unni Krishnan, Founder of brand consultancy, LongBrand.

Though early in the day, brand consultants feel that the Tata Group has caught the right pulse by creating two distinctly different airline brands. While Vistara is a full-service premium airline, Air Asia is the group's budget offering. "Both the brands are distinct entities and hence there is no scope of confusion," points out Krishnan.

In fact, both Jet Airways and Kingfisher Airlines seem to have written a similar script when it comes to investing in low-cost airlines and things have been going horribly wrong post that. Kingfisher had bought out Air Deccan and like Jet it had clubbed its premium and value services under the Kingfisher brand. The strategy backfired and eventually the airline bit the dust. Senior CXO and Marketing Expert, Peshwa Acharya, believes that Jet Airways did not take IndiGo's growth seriously and did not invest in its value service as much as it should have.

Raghu Vishwanath, MD of brand valuation company, Vertebrand, says that whoever buys Jet Airways has to look at the brand from a long-term horizon and continually invest in making it a premium brand. "The management has to be nimble and shed its autocratic approach."

Vishwanath hints at a change in the attitude of the management. Jet Airways Founder, Naresh Goyal surely created India's most admired airline, but over the years, he overlooked the needs of the consumers who sought a better value proposition. Consumers associated Jet with great experience and not cheaper pricing and Jet was not able to offer that experience. Experts feel that arrogance took the better of Goyal and the brand suffered.

"Underlying both Jet and Kingfisher is a widespread malady among Indian owners. They try to mould their brands as a surrogate of their egos and while in the birth phase it can be rewarding, it can be a double-edged sword on maturity. That calcified mindset continues to imprison the brand, culture and powerful intangibles eroding large chunks of value. It is a self destructive phenomenon and a silent killer of great businesses," points out Krishnan of LongBrand.

Whether Jet will get a new lease of life is something the entire country is anxious to know. If it does get a second chance, the airline certainly has to get its premium brand promise in place. "However, the investors need to quickly take a quick decision. If there is a long gap, there will be a vacuum and others will occupy the mindshare," cautions Acharya.