Captain Asim Valiani, President of the pilot union National Aviators Guild said that many employees did not accept good offers because they believed that revival was on the cards 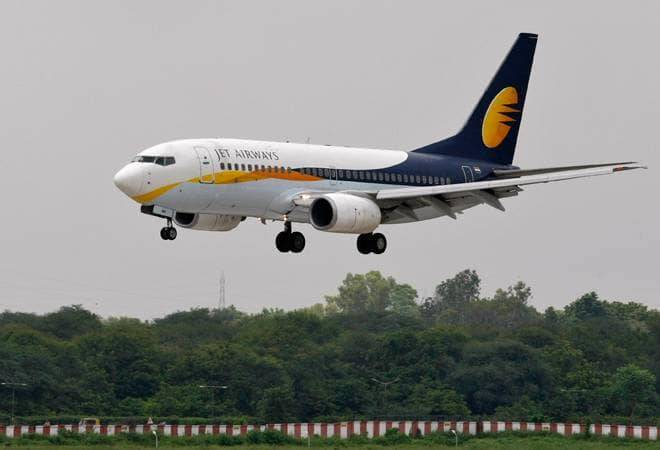 As Jet Airways' journey nears its end, its employees have been left in a lurch. The grounded airline has been taken to the National Company Law Tribunal (NCLT) by a consortium of banks led by State Bank of India (SBI) for a resolution plan. This development takes place as Hinduja Group and Etihad Airways' resuscitating efforts failed to materialise. This has come as a blow to employees of the grounded airline who were pinning their hopes on Hinduja and Etihad.

Soon after Jet Airways was grounded, SpiceJet Chairman and MD Ajay Singh said that the airline is planning to hire 2,000 staff including employees of Jet. "We have taken significant number of people from Jet Airways. They were well qualified ad professional people. We will continue to take more Jet staff in the times to come," said Singh. Premium carrier Vistara also hired around 500- 100 pilots and 400 cabin crew- mostly from the grounded Jet Airways. Air India Express had also inducted around 25 commanders from the grounded airline and inducted 20-25 more pilots.

Jet Airways, on the other hand, has also been criticised for the way it handled the situation with regards to its employees. Advocate Vinod Shetty suggested the best course of action to help the Jet Airways employees. He said that the government must help the employees receive their legal dues. "The banks have been giving loans to defaulting companies without due diligence or doing financial scrutiny of their balance sheets, thus allowing defaulters to get away. Thousands of Jet employees have been thrown under the bus to fend for themselves, causing misery to their families. The government before allowing the banks, to claim their pound of flesh should ensure that employees' legal dues are cleared. Both outstanding salaries and gratuity and PF must be cleared before," he said.

Meanwhile, Jet Airways founder Naresh Goyal expressed his distress over the mounting troubles at the company. In a statement on Tuesday, Goyal hoped for the revival of the airline for the sake of its employees and travellers.

"I feel sad and deeply distressed mainly for our loyal employees who have waited months and were anxiously and hopefully awaiting a positive outcome to the Bank-Led Resolution Plan. I can only hope and pray that even now a solution can emerge and Jet can fly and fulfil the needs not only of employees but of air travellers who feel the absence of the Joy of Flying," Goyal said.

A meeting was held for the lenders on June 17 to consider the way forward for the beleaguered airline. After due deliberations the lenders decided to seek resolution under IBC since only a conditional bid was received and requirement of the investor for SEBI exemptions and resolution of all creditors is possible under IBC.

Before heading towards IBC proceedings, the lenders led by State Bank of India have been making efforts to find a resolution for Jet Airways outside the bankruptcy law.

According to experts, a resolution professional will be appointed who will have 270 days in hand to seek a prospect resolution for the airline before it heads towards liquidation.

Also read: Jet Airways to go into bankruptcy as lenders fail to agree to revive