Jet Airways: I now look forward to your support and cooperation in saving the airline by an urgent fund infusion of Rs 750 crore by early next week, he wrote to Etihad. 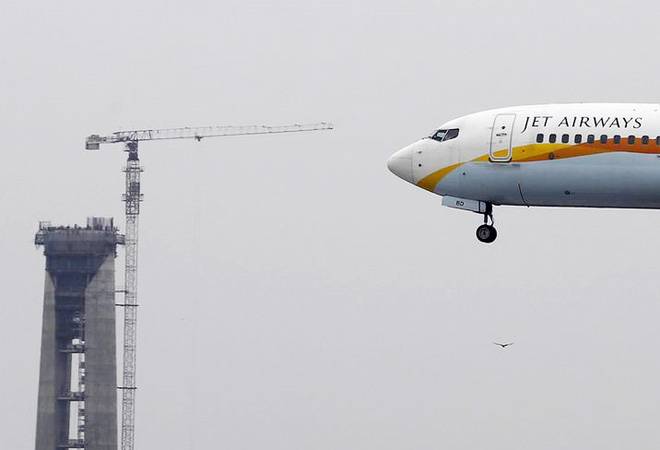 Jet Airways chairman has sought an urgent funding of Rs 750 crore from its equity partner Etihad. He said that the airline is in a "very precarious" position, which has only worsened following the grounding of 50 of its planes. Goyal also wrote that if interim funding is not received at the earliest it will be severely "deleterious" to the future of the carrier and could even result in its "grounding".

Goyal, in a letter to Etihad's group chief executive Tony Douglas, said that the airline has also secured the go-ahead from the aviation ministry to pledge its shares in JetPrivelege for securing the interim funding. The airline holds 49.9 percent stake in the loyalty programme, while the majority is with Etihad.

"I now look forward to your support and cooperation in saving the airline by an urgent fund infusion of Rs 750 crore by early next week, so that a matching contribution from banks is also disbursed, as per the resolution plan," Goyal said in the letter dated March 8. "Any conditions precedent to the Rs 750 crore infusion by Etihad Airways may please be taken up with the banks and settled bilaterally with them, so that the much-needed funding is made available to Jet Airways early next week," he said.

The Etihad board is meeting on Monday to discuss the resolution plan for Jet. The carrier owns 24% stake in the airlines since April 2014.

On February 14, the airline's board had approved a debt recast plan whereby the lenders would become the largest shareholders in the airline by converting the debt into equity at a nominal price of Re 1. The same was approved by the shareholders on February 21.