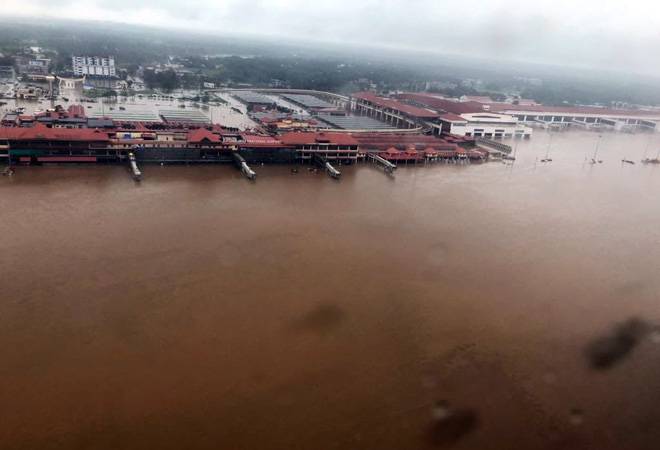 Amid devastating floods that has ravaged the state, the Kochi airport is estimated to have incurred losses between Rs 200 crore to Rs 250 crore. The Kochi International Airport has been non-functional since August 15 when floods ravaged the periphery walls and flooded the runway. The airport was rendered unfit for use and is likely to start functioning from August 26.

The Kochi airport is one of the busiest in the state. A lot of its international passengers come from the Gulf countries.

"We are working round the clock to restore services at the airport. At present, the focus is on somehow making the runway operational. More than 250 people are engaged in the restoration efforts," said PS Jayana, Public Relations Officer of Kochi airport.

The authorities have made some headway in the reconstruction process and have managed to drain out the floodwater from the premises. Around 800 runway lights and 2,600 m of the periphery wall needs to be repaired. For the time being the periphery walls may be replaced by temporary structures to ensure the airport's safety.

Kochi airport which became the world's first airport to completely run on solar power also witnessed damages to the solar panels. "Due to flooding, 20 per cent of the panels have been damaged. We are presently working on 50 per cent capacity but within a month, things will be normal," the PRO said.

Along with solar panels, the floodwater has also destroyed the airport's power storage facility and circuits. Only four out of the eight power storage plants are functional at present.

The estimated cost of repairing the solar panels is believed to be around Rs 10 crore. The airport, however, is looking to recover its loss of around Rs 250 crore from the insurance company.