Some amount of business travel will surely happen, but a bulk of the seats will still remain unsold due to low demand 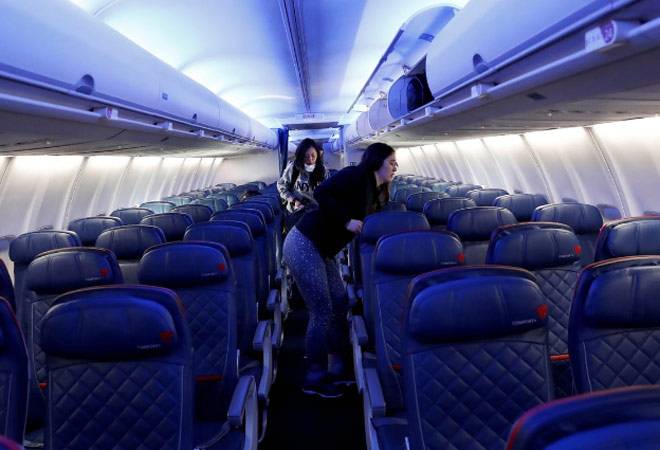 The domestic carriers have recently rejected the aviation regulator DGCA (Directorate General of Civil Aviation)'s proposal to keep the middle seats empty when the flight operations resume. The airline bosses argue that such a decision would upend the economics of the business, hurt their profitability, and demand for seats. Instead, the airlines argue that the government should ask passengers to use PPE (personal protective equipment) like suits, masks and gloves at all times during the flight. The chairman of SpiceJet Ajay Singh has reportedly called this step by DGCA as a mere "eyewash".

While the airlines have all the rights to keep their interests first, they must understand that they are in the services business. Like any other services business, perception matters more than anything else. Instead of thinking about cost-economics at this stage, the focus should be on the bringing the passengers' confidence back. Keeping the middle seats seems more like a precautionary gesture since it doesn't really fulfill the internationally-accepted norm of maintaining at least two metres of social distance.

Also, it's not that travellers will start flying shortly after the lockdown is lifted. Some amount of business travel will surely happen, but a bulk of the seats will still remain unsold due to low demand. Then why worry about seats which are in any case expected to remain empty.

Now look at the airlines' logic from economic perspective. If an airline is flying 180 seats, keeping the middle seat empty will result in 60 seats going empty which essentially translates into 67 per cent of seats up for sale. If an airline manages to fill all those seats, it will still be much lower than the PLFs (passenger load factor) of above 85 per cent that large carriers had been registering prior to the lockdown; in the new scenario, historical data and benchmarks seem to have no relevance - not just in aviation but in nearly every industry. In a depressed demand scenario, airlines should feel lucky if they are able to reach that kind of PLF in the near future. The airlines argue that in a low-cost model (LCC), their profitability is dependent on high volumes.

But even if airlines try to sell tickets for cheap, the volumes will remain low - at least until a cure or a vaccine comes out. It's hard to imagine a family of four going on a flight dressed up in PPEs to enjoy a holiday. Those days are never going to come. So what's going to be left with the airlines - after a few weeks of mad rush after the lockdown when stranded passengers would move to their safe zones - are business class passengers who would travel only for essential purposes. These types of passengers - mostly self-employed and SME entrepreneurs - will not mind paying fares three times costlier than those in February. For them, travelling through aircraft will have an economic value attached to it.

Historically, the aviation market in India has remained price sensitive. The cut-throat competition over fares has led to domestic airlines going bankrupt once in every four-five years. Even those who survive typically don't have enough resources to weather even the cyclical trend of high crude prices. The current pandemic, which is a problem of different magnitude, has exposed the inefficiencies of the sector. Keeping the fares low just to annihilate the competition has been the standard practice of large domestic carriers.

This has also affected the FSC (full service carrier) segment in a big way where carriers like Jet Airways could not survive the high cost-low fares environment. Even the promising FSCs like Vistara cannot command drastically higher fares for its premium services since the whole market economics has been skewed in favour of low-cost.