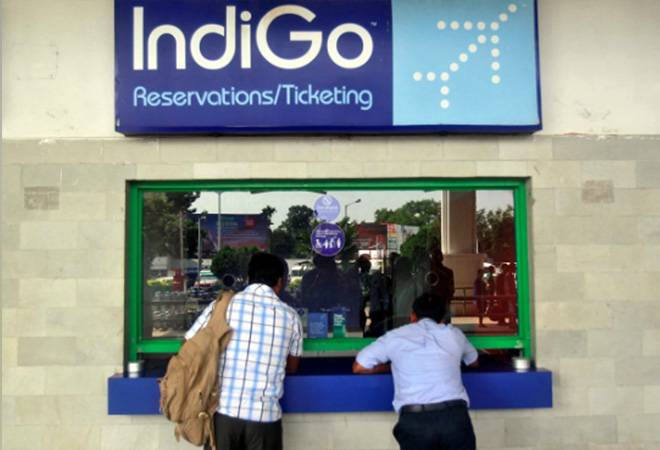 The airline had 217 airplanes at the beginning of the financial year, and it was adding close to six planes every month. This has slowed down now.

IndiGo placed a firm order of 300 airplanes of different versions of Airbus with the French aircraft maker on Tuesday. This takes the total order count of A320neo family in IndiGo at 730. IndiGo has already taken deliveries of 96 of these aircraft. It has ordered A320neo family aircraft in three tranches -- 180 in 2011, 250 in 2015 and 300 now. While there's no clarity on tentative deliveries of the first two tranches; an old report suggests the deliveries will be completed by 2026.

Let's do the math. At current induction rate of three-four planes a month, IndiGo would take about seven years to take delivery of planes ordered in the first two tranches -that's by 2026. But, the latest announcement seems to be hiding more than it reveals. While it makes for splashy headlines, the specifics - deal size, delivery timeline, break up of aircraft - have not been revealed.

Why is IndiGo rushing to order more planes when it is already sitting on an order of 430 A320neo family aircraft that will take care of its expansion needs till around 2026?

IndiGo started the current financial year with a capacity addition guidance of 30 per cent, which was higher than the capacity increase of 27.6 per cent in the previous fiscal. The airline had 217 airplanes at the beginning of the financial year, and it was adding close to six planes every month. This has slowed down now. Why?

Also read: IndiGo is getting old while it battles slowdown and aggressive rivals

In the second quarter earnings call, IndiGo's CEO Ronojoy Dutta said that the airline is hungry for more planes, and is not pushing back deliveries but globally, there are issues with the supply chain. "People are talking of casting and forging not available. Aircraft manufacturers and engine makers are struggling with keeping demand," Dutta had said. The other big issue facing IndiGo is its fleet getting older which requires it airline to add newer planes. Older planes - A320ceos in the case of IndiGo - have high maintenance costs, especially during their second shop visits. In the second quarter of 2019/20, the low cost carrier (LCC) reported higher maintenance cost of Rs 319 crore. IndiGo, which has 129 A320ceos at the moment, will continue to incur high maintenance cost till 2022 when the strength of A320ceos will come down considerably in its fleet.

Airlines typically make bulk orders in advance for two reasons: to get discounts on the rack rate, and get preference during deliveries. In fact, the first few years of profitability at IndiGo was partially attributed to its first 100-aircraft deal with Airbus in 2005. The airline got a fantastic deal from Airbus which was looking for a big order from an Indian carrier to counter Boeing's dominance. Since then, the scenario has changed considerably.

Analysts say that each type of aircraft is going to serve different purposes for IndiGo. Take A320neos, for instance. These planes would replace older planes in the fleet. Over the past two years, IndiGo has been adding older aircraft - primarily A320ceos - in its fleet. In order to increase market share, and due to delivery delays of A320neos, IndiGo had been inducting a lot of non-A320neos in its fleet which are now older than eight years. This is quite unlike the airlines past strategy when it used to send planes back to the lessors after six years to avoid a major and expensive D-check.

The delivery delays of A320neos are largely on account of issues with Pratt & Whitney (P&W) engines. IndiGo's troubles with P&W engines refuse to subside even today. Recently, aviation regulator DGCA (Directorate General of Civil Aviation) reportedly asked IndiGo to replace P&W engines in its 13 Airbus A320neos that have flown more than 3,000 hours. In order to deal with the P&W engine mess, IndiGo signed a $20-billion contract with CFM International in June this year to power its 280 A320neo and A321neo aircraft.

In case of A321neo, the aircraft will give enable IndiGo to increase capacity across airports, especially in the slot-restricted metro airports, as the A321neos have a higher seating capacity. Airbus has recently indicated that it's accelerating the deliveries of A321neos to IndiGo.

The induction of A321XLR is expected to be game changer for IndiGo as it will open up much of Asia and parts of Europe for the LCC, says an aviation expert. The A321XLR is expected to be able to fly around eight hours which brings Seoul, Tokyo, Eastern Europe, and Kenya in IndiGo's reach. This strategy is being followed by US-based airlines like Delta, American and United. Globally, smaller aircraft are gradually pushing the wide-bodies out of the market. For example, A321XLR is increasingly seen as a replacement to the wide-body A380.

"This order has ensured that IndiGo gets block the Airbus' busy production schedule for itself. Though the order is said to be huge but with the scale, size and growth ambitions of IndiGo, this might just seems suitable," says an aviation consultant.