The cash crunch is back. Only this time it's not due to any note ban. The government has blamed the 'unusual spurt in currency demand' in the country in last three months for the cash shortage. "In the first 13 days of the current month, the currency supply increased by Rs 45,000 crores," a Ministry of Finance circular said. 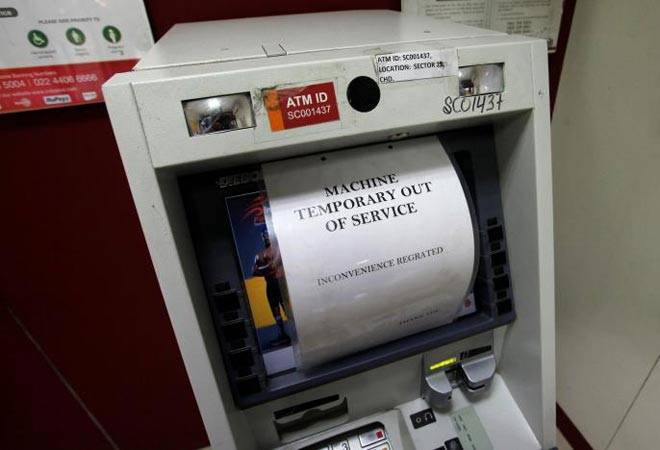 The cash crunch is back. Only this time it's not due to any note ban. The government has blamed the 'unusual spurt in currency demand' in the country in last three months for the cash shortage. "In the first 13 days of the current month, the currency supply increased by Rs 45,000 crores," the Ministry of Finance said in a circular.

To meet the unprecedented demand, the government is planning to pull out all the stops to increase the supply of cash in the banking system. The RBI, which used to Rs 500 crore to Rs 2,500 crore worth of 500 rupee notes everyday, will now be printing Rs 70,000 to Rs 75,000 crore to meet the rising demand.

The five-fold jump in printing Rs 500 denomination currency comes after the Economic Affairs Secretary Subhash Chandra Garg said that the government suspects that Rs 2,000 notes are being hoarded as they are not coming back into the circulation fast enough.

"Rs 2,000 notes are circulating but of late we have noticed there has been lesser inflow coming back in the circulation. We have not got this investigated, but you can assume this is the one note which most suitable to hoard as this is a high value note. But this does not affect the overall supply of Rs 2,000 notes," Garg said.

Garg also dismissed rumours that the cash shortage is related to the recent scams in the banking sector, including one allegedly perpetrated by Nirav Modi or the Financial Resolution and Deposit Insurance (FRDI) Bill.

"(The crunch) may be some states started distributing more cash benefits rather than otherwise. Some psychological feeling why not keep some cash in pocket rather than keeping in banks. It has nothing to do with recent scams," Garg said.

Usually, Garg said, the currency supply every month used to be around Rs 20,000 crore but in the last two-three months, it has doubled to Rs 40,000-Rs 45,000 crore. According to government, there are about Rs 6.7 lakh crore worth of Rs 2,000 notes in the system and they are more than adequate to meet the transaction demand.

Hitting out at Prime Minister Narendra Modi for the ongoing cash crunch in the country, Congress President Rahul Gandhi said, "Modi Ji has destroyed the banking system. Nirav Modi fled with Rs 30,000 crore and PM didn't utter a word. We were forced to stand in queues as he snatched 500-1000 rupee notes from our pockets and put in Nirav Modi's pocket."

The states which have been affected include Andhra Pradesh, Bihar, Gujarat, Assam, Karnataka, Maharashtra, Rajasthan, Uttar Pradesh, Madhya Pradesh and Telangana. Cash crunch is likely to hit Delhi-NCR soon as the last time cash was supplied to banks in the national capital was on last Wednesday. Several media reports have claimed that the lack of currency notes could be due to high demand of cash during Baisakhi, Bihu and other harvest season festivals.

Allaying fears of a possible cash crunch due to shortage of cash at ATMs across the country, Finance Minister Arun Jaitley said that there is more than adequate currency in circulation and also available with the banks. "The temporary shortage caused by sudden and unusual increase in some areas is being tackled quickly," Jaitley added.

A month ago, the RBI had disallowed banks from moving excess cash in one circle to deficient circles. As a result, now many circles have excess cash and others have nothing. On an average, about 8 per cent of ATMs in India are out of cash at any given time.

While several states across the country have reported instances of ATMs going dry, the government has asked for at least three days to mitigate the lack of availability of currency. "We've cash currency of Rs 1,25,000 crore right now. There is one problem that some states have less currency and others have more. Government has formed state-wise committee & RBI also formed committee to transfer currency from one state to other. It'll be done in 3 days," SP Shukla, Minister of State for Finance told ANI.

According to SBI Chairman Rajnish Kumar there has been an "imbalance" due to the crop procurement season, when demand for currency goes up. Kumar said such states are seeing heightened demand due to procurement season. "As of March, the currency in circulation was Rs 18.29 lakh crore as against Rs 17.89 lakh crore just before demonetisation," Kumar added.

Meanwhile, the Finance Ministry tweeted saying that the government and the RBI have taken steps to meet this 'unusual' demand. "We had adequate reserves of currency notes which have been used to meet fully the extraordinary demand generated so far," the ministry tweeted.

The Centre said it is taking all steps to ensure that ATMs are supplied with cash and to get non-functional ATMs normalised at the earliest. The government added that it continues to have in stock 'adequate currency notes of all denominations, including of Rs 500, Rs 200 and Rs 100 to meet any demand'.

The Reserve Bank of India (RBI), on its part, has increased the supply to cash to the affected states. The finance ministry held a meeting with the RBI officials last week to ensure that there was no large-scale hoarding of cash which might set in panic among people. The ministry officials also held consultations with state officials and bank heads in the wake of shortage of cash.

Madhya Pradesh Chief Minister Shivraj Singh Chauhan said there was a conspiracy behind Rs 2,000 notes disappearing from the market. With crucial elections around the corner, the cash shortage in many BJP-ruled states has begun to attract the ire from opposition parties.

Reacting to the sudden cash crunch in the country, Congress President Rahul Gandhi blamed Prime Minister Narendra Modi for 'destroying the banking system'. "Nirav Modi fled with Rs 30,000 crore and PM didn't utter a word. We were forced to stand in queues as he snatched 500-1000 rupee notes from our pockets and put in Nirav Modi's pocket," Rahul Gandhi said on the cash shortage.

The reason for the cash crunch this time could be the lack of higher denomination currency notes needed to pay harvest season wages. Also, in some states, the recalibration of ATM machines to dispense 200 rupee currency notes is yet to be completed.

Highlighting that there is no reason to panic, Sanjeev Sanyal, Principal Economic Advisor in the Finance Ministry said that cash will soon be updated in ATMs. "There is spike in demand and we have more than adequate cash to resolve it. Speeding up printing of currency may be required," Sanyal added.